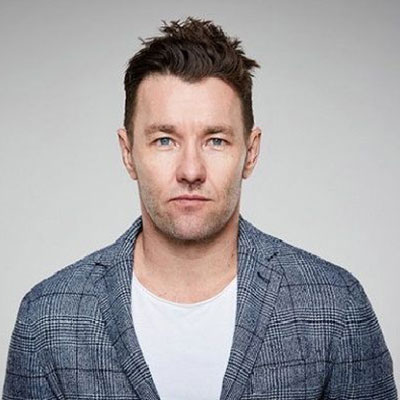 Joel Edgerton, a multitalented personality, is an Australian actor, director, writer, producer, and filmmaker. He is best known for his role in, Oscar-winning movie; Zero Dark Thirty, The Great Gatsby, Star Wars: Episode III – Revenge of the Sith and Exodus: Gods and Kings.

The Australian actor has been romantically linked with girlfriends, Wanessa Milhomem, Alexis Blake, Robin McLeavy. Recently he has starred in the movie, Red Sparrow along with Jennifer Lawrence.

Born in Blacktown, New South Wales on June 23, 1974, Joel Edgerton has an older brother. He is the son of Michael Edgerton, a solicitor and property designer and mother, Marianne Edgerton who is a housewife. Joel’s elder brother, Nash is a stuntman and a filmmaker.

Edgerton graduated his high school from The Hills Grammar School in 1991 and then was enrolled in Nepean Drama School at the University of Western Sydney. He graduated in 1994. He also did various stage productions, including at the prestigious Sydney Theatre Company.

Edgerton’s first gig was an actor in a short movie named, Loaded (1996). He acted on several other small budget movies before he caught his big break in Star Wars Episode II – Attack of the Clones (2002) where he played the character of young Owen Lars. He was again cast in Star Wars Episode III – Revenge of the Sith in the same role.

In 1994, just after Edgerton’s graduation, he and his brother, Nash, co-founded a movie production company viz. Blue Tongue Productions. But Joel’s eye was set on wider and bigger horizons.

Joel’s name started to become popular in Australia only after he got the role of Will McGill on the popular Australian soap opera, The Secret Life of Us. Joel earned national and critical acclaim for his role in the notable drama, Loving, as Richard Loving.

Joel Edgerton has given his voice-over in The Mysterious Geographic Explorations of Jasper Morello in 2005. He also appeared in British comedy Kinky Boots as the son of a deceased shoemaker in the same year as well. In 2006 he appeared in Smokin’ Aces.

Joel has appeared in the movies whisper (2007), The Square (which he co-wrote and was directed by his elder brother, Nash). He has also starred in Acolytes and Separation City.

Joel is very private about his dating life and does not discloses facts about him. Though according to the sources, he has been romantically linked with Wanessa Milhomem, Alexis Blake, Robin McLeavy, and Cathy Freeman at different points of time in his life, he is single at the moment.

Joel’s relationship and breakups are always the hot topics of the media as e keeps dating celebrities. Currently, Joel is living the single life and waiting for a perfect match on his life.

Joel won the AACTA Award for Best Lead Actor in a Television Drama for his role in The Secret Life of Us and he got shortlisted for Best Supporting Role in The Great Gatsby. He won the same award for his the movie the Animal Kingdom.

He also received a nomination for the Golden Globe Award for Best Actor – Motion Picture Drama for his performance as Richard Loving in Loving.

Joel is a very hardworking and dedicated Hollywood actor and has been able to add a huge amount of money to his net worth. The estimated net worth of the Australian actor is $3 million USD.

Joel is the ambassador to The Fred Hollows Foundation for quite a while, the foundation helps to restore people’s eyesight in poor countries and helps to improve the health of indigenous Australians. As his philanthropy tour, Joel visited Nepal in 2012 to see the foundation’s work.