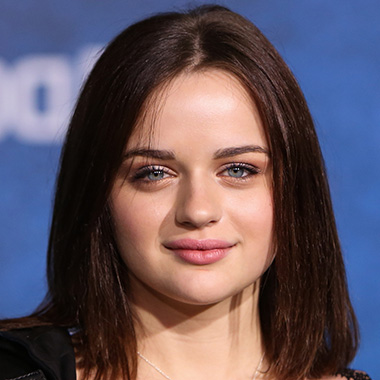 Joey King is a cute and hot emerging  American  actress. She is mainly known for her role in Ramona and Beezus as Ramona Quimby. The movie is the adaption of Beverly Cleary’s book series with the same title. She has also been seen in the films including The Conjuring, White House Down and Oz the Great and Powerful.

Joey King was born on July 30, 1999, in Los Angeles, California, United States. Her full name is Joey Lynn King. She has her older sisters named Hunter King and Kelli King. They both are an actress as well. According to her she mostly Jewish although she is part of Jewish and Christian.

Joey King first was seen on a commercial on a national spot for Life. Till today she has completed more than 104 commercials which also includes national campaigns for Eggo and Walmart. When she was six years old she appeared in her first film Grace. She also has been featured in the films Reign Over Me along with Adam Sandler. She was also featured in the film Quarantine. She has done voice job of the yellow fur ball Katie character in the animated feature film Horton Hears A Who!. She also did voice job for movie Beaver and Ice Age: Dawn of the Dinosaurs. She guest starred in the series Ghost Whisperer in 2010. She has appeared in the television series including CSI, Entourage, and Medium.

In 2010, Joey King appeared in her lead role as Ramona Quimby in the film Ramona and Beezus opposite Selena Gomez. She played as elder sister of Beezus Quimby (Selena Gomez). The film is an adaption of the Beverly Clearly book series. She has also released her single for the movie Ramona Blue. She was featured in Battle: Los Angeles where she played as a girl named Kirsten. She then co-starred in Crazy, Stupid, Love in 2011. She also has been seen in Taylor Swift’s music video title Mean. She there was seen as a young student at the school cafeteria who is rejected by her peers. She had a role as a young Talia al Ghul in the third Batman film The Dark Knight Rises which was directed by Christopher Nolan.

Joey King also did the short-lived comedy series, Bent. She had guest appearances in The Haunting Hour and New Girl. She was also seen in Oz the Great and Powerful along with James Franco and Zac Braff in 2013. She did White House Down with Channing Tatum and Jamie Foxx. She also appeared in Family Weekend and with Vera Farmiga and Mackenzie Foy in the film The Conjuring. She appeared in Wish I Was Here with Zach Braff in 2014.

She is single but it is rumoured Joey King is a boyfriend of Joey King .