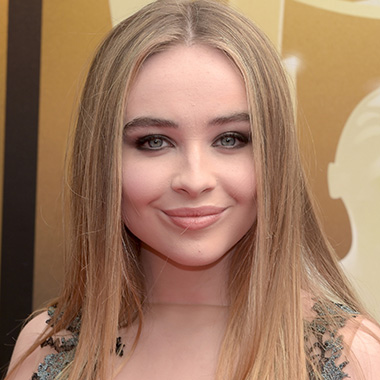 Sabrina Carpenter is a very beautiful and gorgeous American actress and singer. She is also known for playing the character as Maya Hart in the series Girl Meets World. She plays as the best friend of Riley Matthews. She debuted on June 27, 2014. She is also signed by Hollywood Records.

In 2011, Sabrina Carpenter debuted acting on NBC drama series Law & Order: SVU, as a guest role. She is the series played as a young rape victim who is interviewed by Detective Elliot Stabler. Along with the series, she performed live for the Gold Mango Audience festival on the station Hunan Broadcasting System. From the movie Burlesque, she performed Etta James Something’s Got a Hold on Me in the style of Christina Aguilera. She then booked a series on Fox’s The Goodwin Games as Young Chole which is a recurring role. She also played in Just Dance Kids 2 as a lead dancer. In the 2013 film Horns, she portrayed as young Merrin.

IN THE WORLD OF MUSIC

Sabrina Carpenter performed for the album Disney Fairies: Faith, Trust, and Pixie Dust song Smile. The song was charted on Radio Disney. She was cast opposite Rowan Blanchard as Maya Hart in the series Girl Meets World in January 2013, a series sequel to Boy Meets World. She for the premiere on Radio Disney debuted single Can’t Blame A Girl For Trying. Her song was released on iTunes later in the day. Her song became the title track on her debut EP which released on April 8. The song was highly appreciated by the listeners. She was featured on the Girl Meets World theme song Take On The World featuring her co-star Blanchard. She has also contributed to the song Stand Out in Disney Channel Original Movie How to Build a Better Boy which premièred on Disney Channel on August 15, 2014. She has also contributed as a lead vocal to Disney channel Circle of Star’s cover version of Do You Want to Build a Snowman. It was announced that she will star in a Disney Channel Original Movie Further Adventures in Babysitting with Sofia Carson in January 2015. The movie is based on the movie Adventures in Babysitting. She announced that her debut album title would be Eyes Wide Open on February 22. On January 13, 2015, she released her debut single We’ll Be the Stars. The debut single was originally released on April 21, 2015, but because of release date got moved, the album was released on April 14, 2015.