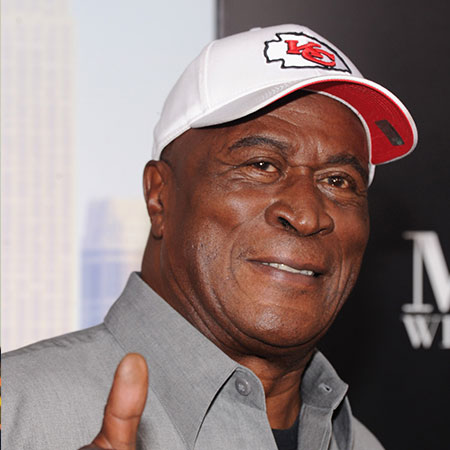 John A. Amos, Jr, shortly known as John Amos, is an American actor who is best known for his role James Evans, Sr. on the television series Good Times and Gordy Howard on The Mary Tyler Moore Show.

Education and Inclination towards the Sports

John Amos was born on December 27, 1939, in Newark, New Jersey, United States and completed his high school education from East Orange High School in 1958. His was born to an auto Mechanic John A. Amos, Sr, and Annabelle P. He attended Long Beach City College and earned a degree in sociology from the Colorado State University.

During his days in Colorado, he played football for the Colorado State Rams football. Similarly, he also played professional football for various teams such as Joliet Explorers, Norfolk Neptunes, Wheeling Ironmen, Jersey City Jets, Waterbury Orbits and Kansas City. Similarly, he also clinched a title in boxing during his University days. He was the Golden Gloves boxing Champion.

His portrayal of James Evans, Sr. uplifted his acting career to the next level. At first, he appeared on the role of James on the comedy Maude, and later he portrayed the same role in the episodes of  Good Times in between 1974 and 1976. At the end of the third season of the show Good Times, Amos had some issues with Normal Lear and the writer of the shows.

Likewise, Amos has made numerous appearances on television. He appeared in the role of Captain Dolan on Hunter, Archie Bunker on the sitcom 704 Hauser and Kunta Knife on the miniseries Roots. His other television credentials include The West Wing, Men in Trees, All About the Andersons and Two and a Half Men.

As a stage artist, he travelled around the world performing his critically acclaimed one-man plat Halley’s Comet. He performed the play at some of the big theatres including McCarther Theater in Princeton and August Wilson’s Gem of the Ocean on Broadway.

Besides his acting career, he released a country music songs album in 2009.

Amos has been married and divorced thrice. His first marital relationship was with Noel Amos, with whom he has two children. His son Shannon Amos is one the prominent writer and producer and another son K.C. Amos is Grammy Nominated director.