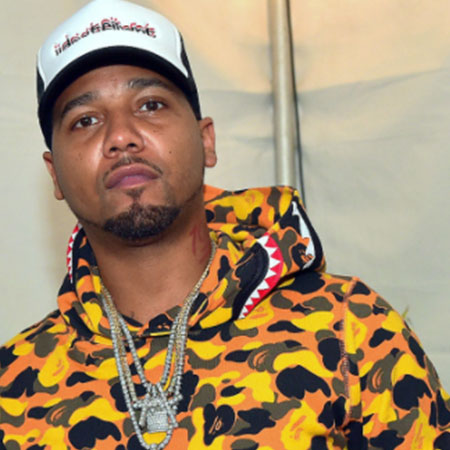 Juelz Santana, born name LaRon Louis James, is an American rapper and singer who has been active in the industry since 1995.  He has released three studio albums named From Me to U and What the Game’s Been Missing, and God Will’n.

Born on February 18, 1982, in New York City, United States, LaRon James grew up in Manhattan. He is a half Dominican and half African American.

He started to rap at the age of five and by the age of twelve, he formed duo Draft Pick along with his friend Malik. The duo has played numerous gigs in New York City’s theatres, including Amateur Night at Apollo Theatre. Later, Priority Records signed a contract with the duo. Eventually, Julez developed a need of having own unique style and they stopped to perform as a Duo.  However, they have remained as good friends to one another.

Julez was introduced to Cam by his cousin. With Cam, he worked on various projects including “Double Up”, a track from Cam’s album SDE, Cam’s singles “Oh Boy” and “Come Home With Me.” Subsequently, he formed his group The Diplomats along with Jim Jones, 40 Cal, Hell Rell, Jha-Jha, SAS, and Freekey Zeekey.

After joining Diplomats, Juelz kept flourishing his creativity of rhyming and continued creating a path for his solo career. He released his solo tape Final Destination in 2002 and started to work on his debut album. In 2003, Juelz released his debut album From Me To U. The album reached #8 on the Billboard 200 list.

After releasing debut album, he recorded numerous singles including “There It Go”, “Oh Yes” and “Make It Work For Ya” for his second album What the Game’s Been Missing!. His second album was released in November 2005 and was sold 141,000 copies within few weeks. Both his albums and singles also reached top rank in Billboard Hot 100.

On January 14, 2013, he released his third studio album God Will’n. For his third album, he worked with various big names such as Wale, Jadakiss, Lloyd Banks, Yo Gotti, Lil Wayne and Wiz Khalifa.

In January 2011, the Bergen County Prosecutors Office found two loaded guns and 9mm handguns, boxes of bullets and marijuana while raiding his recording studio. Similarly, police arrested him on the charge of possessing a firearm without permit and collection of a dangerous substance. On March 22, 2011, Juelz Santana missed his performance at Chris Brown record release event after he was stopped by the police, who were searching for guns and drugs.

Juelz Santana is currently is in a long term relationship with Kimbella Vanderhee. He has two sons named LaRon Louis James, Jr. and Juelz Santana James and a daughter Bella Monroe James. Juelz Santana not only earned name and fame from his musical career but also made net worth of $40million.