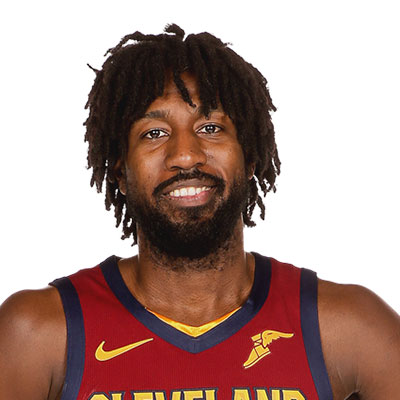 Born as John Michael Joseph Holland Jr., is an American basketball player and also represents the country, Puerto Rico. This season John can be seen playing for the Cleveland Cavaliers.

Josh Holland has played for several European basketball clubs and is now playing for Canton and Cleveland.

Image: John’s mother birthday, in the second picture we can see teenage Holland with his family

During the high school year, Holland played basketball for Fordham Prep. and was applauded for his outstanding performance. He was considered one of the star players of the school as he secures an average of 16 points, eight rebounds, eight assists and three seats.

Due to his extraordinary performance, John was the recipient of the McDonald’s All-American nomination. He was honored with CHSAA All-Division naming and also was respected by Journal news with All-Country honor. Despite high school, he also played for Saint Benedict’s Prep.

In spite of his exceptional performance in High School, John didn’t get any Division I offers, which he says disheartened him. To further his career in basketball, he was accepted by the Boston University where he played for all his graduation i.e. four years.

From 2009-2011, John was the champion for the university team. He was honored by the America East Conference Men’s as the Basketball Player of the Year for his performance in 2010-11.

Image: John playing for the Cleveland

John’s started his professional basketball career after completing graduation from Boston University. Afterward, he signed with the Chorale Roanne of France in 2011-12. Later in 2012-13, he signed with Cajasol Sevilla of Spain, 2013-14 with BCM Gravelines of France and in 2014-15 with Beşiktas of Turkey.

The year 2015 marked the end of Holland’s European career as he was drafted by the Canton Charge of Ohio. On 11th April 2016, he signed with Boston Celtics. However, again on 9th December 2016, he was again drafted by Canton where he achieved the D-League’s Impact Player of the Year.

On 8th Septemeber 2017, John signed in a two-way contract with Cleveland Cavaliers and Canton Charge where it was said that he would split his time with both the teams. However, he is still undrafted under NBA and played for the Puerto Rican national team in 2011.

Moving towards his personal life, John Holland seems to be secretive. He hasn’t shared any information regarding his past or present relationship status. But it is clear that Holland is unmarried and has no wife, partner or girlfriend at the moment.

Image: John getting a tattoo

In an interview, John did reveal some of his hobbies. Besides playing basketball Holland likes to watch TV series and movies and also likes to spend time at the gym. And he also likes to play video games and riding bike.

John Holland favorite actress is Jennifer Aniston and actor Mark Wahlberg and is a huge fan of the iconic Beyonce. He is 6 feet and 5 inches in height and is about 93 kg.

John earns a good sum of money in his career. During his time at the European team, he earned a six-figure salary and he receives $19,000 per season from Canton. Even though his exact amount from Cleveland is not released yet it must be more than $500,000 per season.

Allocating information from several sources it is found out that his current net worth is about $3 million USD.  However, he still has a long way to go in his professional career and will be earning a good sum of money in his upcoming future.