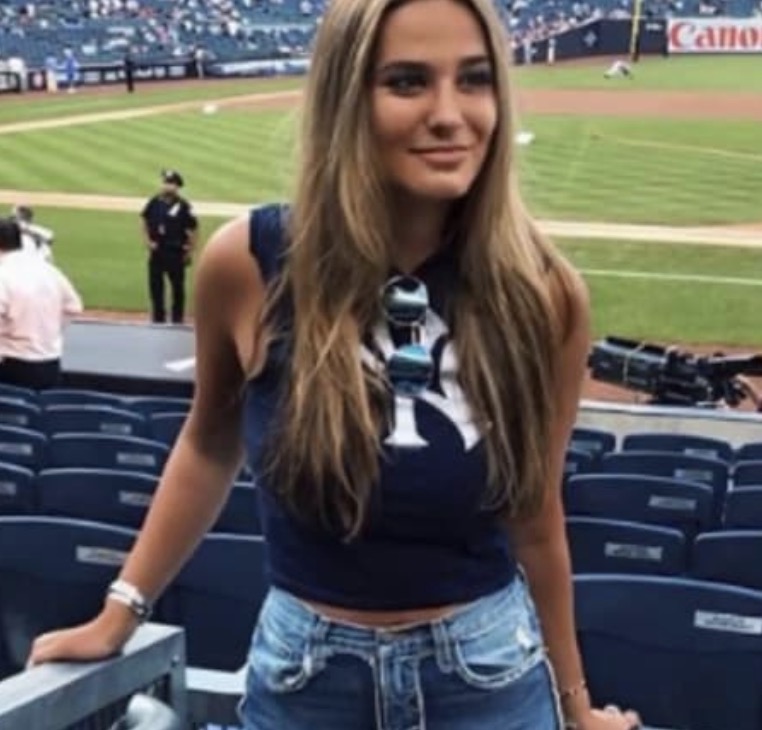 Jen Flaum’s fame took off in 2012 after she joined Instagram and her pictures went viral gaining dramatic increase in her followers.

Born as Jennifer Flaum on 28th  May 1995 in Franklin, New Jersey, USA, to father Matthew Flaum and mother Nancy Flaum. Jen grew up along with her two twin brothers Andrew and Matthew. She spent most part of her childhood in Franklin.

Jen graduated from Ramapo School located in Franklin Lake, New Jersey in 2013. In order to pursue higher education, she enrolled at the University of Michigan where she completed her graduation.

Jen pursued her Bachelor of Arts degree in Psychology and marketing. While still in university, she was a counselor at Sleepaway camp for Raquette Lake Campus.

In 2014, Jen was accepted as an intern for Private Wealth Management in Morgan Stanley. She interned for a month. Later, she interned for two months for Fisher Brother as a marketing intern.

After completing her internship at the Fisher Brothers, she was accepted as an intern for Mediavest|Spark as a strategy intern. She interned there from June 2016 to August 2016. Presently, Falum is working as an assistant manager for the Horizon Media. She has held the position since November 2017.

Moving to Jen Flaum’s Instagram overnight success. Jen states that her Instagram fame was not something she was looking for and Instagram was something just happened to her, something akin to destiny.

Jen first opened her Instagram page in March 2012. After she began uploading her stunning pictures and lavish lifestyle, her page automatically started to generate followers. It is evident that her beauty came in handy that caused to increase of followers.

The New Jersey girl was initially spotted dating the Yankee’s player Aaron Judge since 2nd September 2017. The news of their dating was leaked by one of her followers from her “private” Instagram page. Clearly, the couple were not officially out and wanted to remain private.

Jen received a copious amount of hate from Aaron’s fan after the image from her private account was leaked. Aaron’s fan page called Jen “She is an attention seeking groupie that only cares about fame and money.” In October 2018, Jen Flaum and Aaron Judge were found enjoying J Cole’s concert in New York.

Jen Flaum and Aaron have now ended their relationship. The reason for their breakup hasn’t been disclosed yet. Despite the rumors and controversies, Jen’s resume suggests that she is a big humanitarian who likes to help and volunteer.

She volunteered at Kula for Karma from 2009 to 2013. Kula for Karma is a non-profit organization that provides yoga to underprivileged populations. Flaum assisted in planning local fundraisers and events in the organizations and also attended regular meetings.

Falum was also a tutor in National Honor Society. While in there she was seen spending time in the library during lunch periods to further tutor those students who needed assistance with their school work and Jen also helped the students with their math homework, French vocabulary and grammar rules, physics homework and other many more generous activities.

.However, she hasn’t disclosed any information regarding her salary, earning, and net worth but she might have a decent sum of net worth.