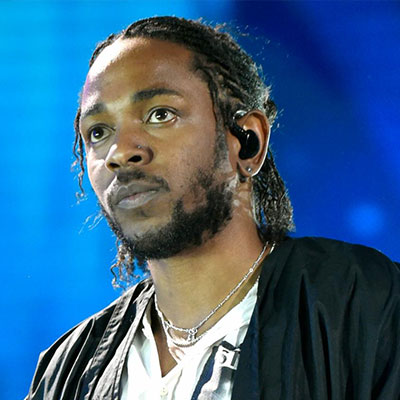 Kendrick Lamar is an American rapper and songwriter who is famous for his hit rap song Humble. The rapper has released four studio albums which includes political lyrics with references to racism, social justice, and black empowerment.

Aside, Kendrick Lamar is engaged to his long-term girlfriend and high school sweetheart Whitney Alford. They announced their engagement in April 2015. The couple keeps their relationship relatively private, however, Lamar has been vocal about being loyal to his girl.

Kendrick Lamar Duckworth was born on June 17, 1987, in Compton, California. His father, Keeny Duckworth, was a member of a street gang called Gangster Disciples and the family had ties to the street gang Bloods. Regarding his nationality, Lamar is an American and belongs to African-American ethnicity.

Lamar grew up on welfare and section 8. He grew up in a hostile environment with a lot of violence surrounding him. This has inspired him to make a lot of his music. Lamar attended Mcnair elementary and vanguard learning center and later Centennial High School in Compton.

Kendrick was a brilliant student with straight As. He learned that he could put words together and draw his inspiration out on a paper. He then began to write his lyrics.

Lamar began his career as a teenager with a stage name K-Dot. He released a mixtape titled Youngest Head Nigga in Charge in 2006. The mixtape gained attention and soon he signed a recording contract with Top Dawg Entertainment(TDE). Two years later, Lamar put out 26 track mixtape titled Training Day.

Furthermore, Lamar received a co-sign from Lil Wayne. He released his third mixtape named C4 which was heavily inspired by Wayne’s The Carter  III LP. Later, Lamar dropped his pseudonym K-Dot and started to use his birth name instead.

Lamar then went on to release his major label debut album, Good Kid, M.A.A.D City with TDE, Aftermath, and Interscope Records in 2012. The album peaked at number 2 in Billboard 200 chart and was later certified platinum. The album consisted of hit songs like Swimming Pools, Poetic Justice, and Bitch, Don’t Kill My Vibe.

Furthermore, Lamar released his third studio album To Pimp a Butterfly on 16th March 2015. The album gained rave reviews and debuted a top US and UK charts. The album included the Grammy Award-winning song, “i”.

Lamar then released a compilation album called Untitled Unmastered which consisted of unfinished demos from To Pimp a Butterfly. He also collaborated with artists like Alicia Keys and Taylor Swift during this time.

Lamar then went on to release his fourth studio album Damn on April 14, 2017, which was highly acclaimed and consisted collaborations with Rihanna, Zacari, and U2. The album became his third number one album on the Billboard charts. The lead single from the album Humble became his first number one as a lead artist on the Billboard Hot 100.

Damn was soon certified platinum. Furthermore, he produced and curated the soundtrack for the superhero movie Black Panther. He collaborated with artist like SZA, Jay Rock and The Weekend for the songs in the soundtrack.

The talented rapper has received various awards. Some of them are listed below:

Kendrick Lamar is not a married man. However, he is engaged to his longtime girlfriend Whitney Alford. Lamar announced their engagement in April 2015. They met back in high school and have been inseparable ever since. The two live a relatively private life. Alford has been spotted a couple of times in Award shows to support her man.

Lamar has said that Alford has been with him since day one. He has penned his song Love inspired by his lady love Alford. Furthermore, Lamar is quite vocal about not cheating on his girl.  They seem to be in it for a long run.The two have yet to walk down the aisle but it wouldn’t be a surprise if they do it soon.

Kendrick has an estimated net worth of $40 million. He earned $30 million alone in 2017 thanks to his hit album Damn. The source of his income is album sales and tour sales. He now earns more than $1 million per tour stop. He has also partnered with sportswear brand Reebok.

The rapper is not the one to boast of materialistic things. Nevertheless, he has his fair share of luxury. He owns a $2.65 million house in Calabasas, California that spans over 5,400 square feet. The house features six bedrooms, six bathrooms, built in pool and home gym. Before this, he bought a $524,000 home in California. In Coachella 2017, the rapper stayed in a $10 million luxury villa courtesy of Air BnB.

As for cars, Lamar owns a Lamborghini which is priced at $200,000. He also has a Mercedes Benz G-Wagonpriced at $114,000. Furthermore, the rapper drives a Range Rover whose prices start from $36,350. Lamar also gifted his sister a Toyota Camry as a graduation present which costs around $22,715.

Wel, the rapper like to stay humble but that does not mean he doesn’t have a few luxury items. With seven nominations for Grammys 2018, the rapper’s future is looking bright. He is one of the most sought out rappers as of now. We can expect to see a rise in his net worth in upcoming days and hopefully some new music too.