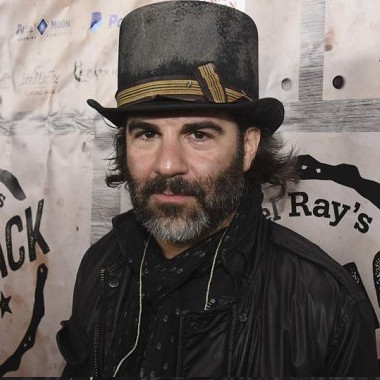 John M. Cusimano is a guitarist as well as a singer, Lawyer, Keyboardist, and executive producer. Cusimano is well known for his independent rock band “The Cringe”.

John M. Cusimano was born on August 19, 1967, in the United States of America. He grew up on Long Island. His grandfather was from Palermo and grandmothers from Catalano and Naples. Cusimano began to take piano lessons and progressing to performing in rock bands from an early age.

He attended State University in New York and graduated from there in 1989. Cusimano studied law at Cardozo school of Law and completed his law degree from Benjamin school of law in 1994.  Prior to graduation, he practiced law in New Jersey and in New York as a law student and started his profession as a Lawyer.

The Cringe is an independent rock band formed in the early 2000’s, based in New York City. The band members are guitarist Robb Levin, bassist Matt Powers, and drummer Shawn Pelton. Cusimano is the lead singer of this band and they have released five independent albums. 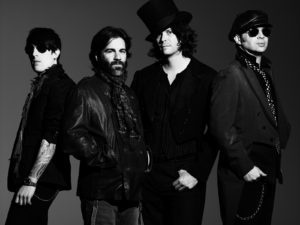 Cusimano along with his band released their debut album “Scratch the Surface” on Listen Records in 2003. The band was considered as one of the famous band, who has performed in the 2008-09 musical festival and plays regularly in New York. The Cringe produced its own albums in the end of November 2014 named “Tipping Point” and “Play Thing”.

In 2015, The Cringe released their fifth album, “Blind Spot,” which is based in Lower Manhattan. They have opened for Steel Panther, Fuel, Motley Crue and The New York Dolls. The group remains independent, although they have gained a following, with over 20,500 followers on Facebook and 317,000 followers on Twitter. 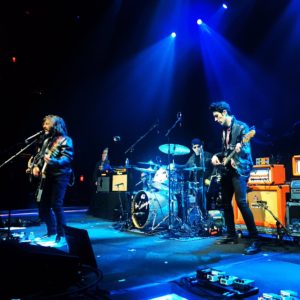 Besides that, Cusimano is also an actor and producer. His own productions are Biography (1987), Entertainment Tonight (1981) and E! True Hollywood Story in which he also worked as an actor. Cusimano along with his wife, Rachael Ray co-starred in  Rachael Ray’s Tasty Travels (2005), Rachael’s Vacation (2008), Cake Boss (2009) and Big Morning Buzz Live (2011).

John M Cusimano was in a relationship with Ali Solomon in 2004 but after few month later the two ended their relationship. Cusimano’s wife Rachael Ray is a television personality, businesswoman, celebrity cook and author. The couple has been married since September 24, 2005. The wedding ceremony place took at the Castello di Verona in Italy. Their renewal ceremony took place at the same Tuscan castle. John Cusimano met Rachael Ray in 2005 and claimed to love at first sight. 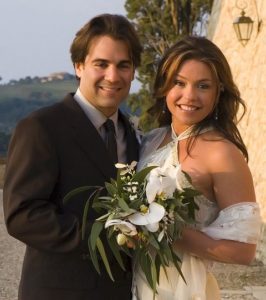 In 2015, he and his wife, Rachael Ray celebrated their 10th wedding anniversary in Italy. John shared a sweet photo of Isaboo lying on the ground basking in the Italian sun, captioning it with, ‘#isaboo joined @rachaelray & me in #tuscany for our 10th anniversary. She is enjoying some very old and warm bricks #italy.’ 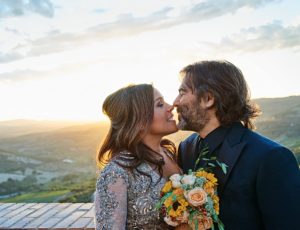 John M. Cusimano holds an American nationality and belongs to white Caucasian ethnicity. This 5′ 3″ musician earns his handsome salary from his singing and acting career which adds up his recent net worth of $60 Million. Cusimano and Ray own homes in Lake Luzerne, New York, and Manhattan’s Greenwich Village.

Rachel Ray denied her pregnancy and the fact that she is pregnant or wanted to have children to the US Magazine. However, Rachel Ray, famous talk show host, and chef has recently been pictured with a bit of “baby” weight.

According to the unnamed source, Cusimano spotted at least six times in the New York club. Each time with at least one female escort and each time, his wife was never with him, the source alleged. However, his wife’s publicist MailOnline reported that it is their policy not to comment on stories published in the Enquirer.

The report stated that Cusimano was spotted at the club both before and after his 2005 marriage. This is not the first time there have been rumors of her husband’s infidelity. In 2007, the tabloids were buzzing that her marriage with Cusimano was on the rocks. She said during a taping of one of her shows: ‘Everybody gossips… but this stuff is hurting people’s feelings who are in our families and friends of ours. They worry about us.’

A spokesperson told PEOPLE magazine at the time that the rumors were exactly that – rumors. ‘Rachael and John have never been happier,’ the spokesperson said.
.