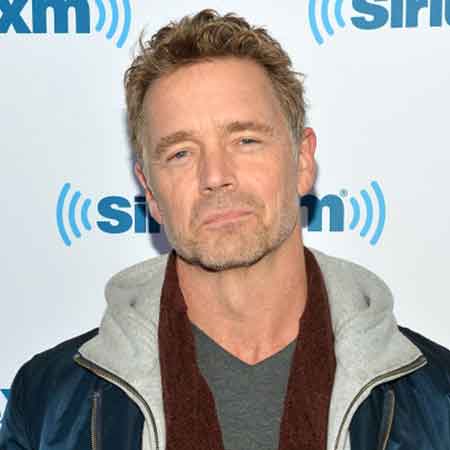 John Schneider is one of the well-established American actor and country music singer, widely acclaimed for portraying a role of Beauregard BoDUke in the American television action-comedy series, The Dukes of Hazzard. Besides, he is also one of the actors to voice in the Book of James which is an audio Bible series.

The handsome actor has been in the multiple relationships. Previously, he was married to an American television personality, Tawny Little. However, the couple divorced after living together for almost three years.

Prior to Tawny, he dated Elly Castle, Kodua Michele, Carlene Carter, Marie Osmond and so on. Stay with us to know more about his personal life as well as career, early life, net worth, lifestyles, and much more.

John Schneider was born on 8th April 1960, in Mount Kisco, New York, to Jack Schneider, father, and Shirley Schneider, mother. His father served as a pilot in the U.S. Air Force. He has two brothers, John Michael Schneider and Robert Schneider who is also an artist. Regarding his nationality, he is American and is of white ethnicity.

Schneider began entertaining other people since his early age of eight. He also once chained up himself and tossed into a swimming pool with intention of doing Harry Houdini’s legendary escape act. He completed his education from the North Springs High School.

With an ambition of being a renowned actor, John Schneider made an onscreen debut in the 1979 television series, The Duke of Hazzard playing a role of Bo Duke. After two years, he then released songs such as It’s Now or Never and White Christmas. The following year, he made a big screen appearance in the film, Eddie Macon’s Run where he played a lead role, Eddie Macon.

Till the present context, John Schneider has appeared in the multiple television series as well as films. Moreover, he released numbers of albums including, Home for Christmas and A Memory like You.

Recently, he has appeared in the film, Alien Intrusion and released a song ODYSSEY. Besides, he is still working on the television series, The Haves and the Have Nots.

John Schneider has been married twice. He first married to Tawny Little in 1983 who is an American television personality. The couple lived together for approximately three years and got divorced.

Afterward, he married to actress, Elly Castle on July 11, with whom, he shares three children, two daughters, Leah, Karis and a son Chasen Joseph Schneider. However, the couple filed for the divorce in 2014 which is still pending until now.

Earlier, he also dated with several other beautiful and renowned women including, Kodua Michele, Carlene Carter, Maries Osmond, Melinda Naud, Maria Roosakos, Georganne LaPiere and so on. However, their relationship lasted only for a brief time.

More recently, the talented actor was jailed for an hour in L.A County Jail for not paying over $150,000 to his estranged wife, Elly Schneider as a supposal support. He was also supposed to transfer his Apple Valley property to his wife but did not.

John Schneider makes a decent sum of money as an actor, writer, singer and so on. As of 2018, his net worth is estimated to be around $2 million. More recently in February, it was revealed that Schneider has paid more than $150,000 as a spousal support payment. Earlier, he was ordered to pay $18,000 per month in support.

He ages 58 now, and still, he is very dedicated towards his professions. More recently, he has made several television appearances. Besides, he is still working on his new movies. Analyzing his all works, his net worth is sure to increase in coming days.