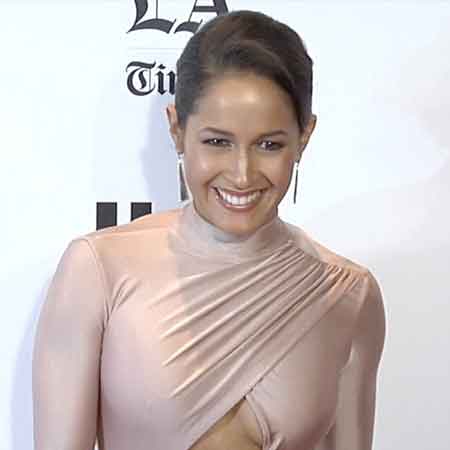 An American actress as well as a dancer, Jaina Lee Ortz is known for her role as Detective Annalise Villa on the Fox police drama, Rosewood. Likewise, her other notable movie roles are in Girls Trip, Laid Out etc and television roles include The After, Shooter etc.

Ortiz is married to her boyfriend, Bradley Marques since long. Ortiz and Marques celebrated their 7th love anniversary recently. Although the couple is already married, they do not have any kids yet.

Jaina Lee Ortiz was born on 20th November 1986, in  Fort Ord, California, United States. She belongs to an American nationality and holds white ethnicity. Ortiz is the daughter of Daisey Acevedo and Joe Ortiz. Her father Joe is a retired Homicide First Grade Detective in New York City.

At the age of nine, Ortiz began dance training taking Salsa/Mambo classes. And at the age of 15, she began teaching dance and further moved to different countries as a professional instructor and performer.

Initially, Jaina Lee Ortiz appeared in student films. Her first movie role was as Spanish Rice in Sad Spanish Song. Likewise, in 2008 Ortiz appeared in the movie High Voltage as Dancer. In 2010, Ortiz auditioned for her first television role in Scream Queens.

Furthermore, her other movie appearances include Misfire, Laid Out and Girls Trip. Ortiz portrayed the role of Angela Tio in 2017 series Shooter. In 2018, Ortiz appeared in two series including Grey’s Anatomy as  Andy Herrera and Station 19.

The 31 years old renowned actress, as well as dancer, Jaina Lee Ortiz has a successful career as well as married life. She is married to husband, Bradley Marques who is an American television writer. Ortiz once mentioned in Instagram that, they got married after dating for just two months.

On 1st January 2017, Ortiz and Marques celebrated their 7th love anniversary. Although the couple is already married, they do not have any kids yet. Furthermore, they haven’t mentioned any plans of having kids too.

Since long, the couple is still together and has maintained a peaceful relationship without facing any rumors of divorce. Moreover, there are no any rumors of their extramarital affairs too.

Jaina Lee Ortiz is living a standard life with her husband. She has appeared in numerous movies and television series through which she receives a decent amount of money. Moreover, she also receives a good sum of money from her dancing career.

Ortiz often visits new places along with her friends and husband during their vacations. She owns a dog of Chihuahua breed worth $600-$2000. Allocating information from several sources as of 2018 it is estimated that her current net worth is around $300 thousand.