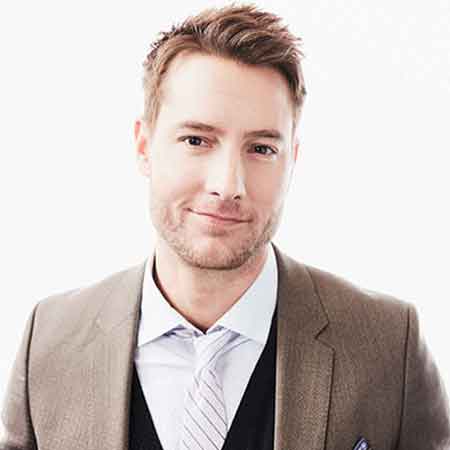 The Screen Actors Guild Awards winner, Justin Hartley is an American actor. He is widely known for his role as Fox Crane on the NBC daytime soap opera, Passions. Moreover, his other notable roles are in Revenge, This Is Us, The Young and the Restless etc.

Justin Hartley was born on 29th January 1977, in Knoxville, Illinois, United States. He belongs to an American nationality and holds white ethnicity. Hartley grew up along with his siblings Nathan Hartley, Megan Hartley, and Gabriela Hartley in Orland Park.

Hartley attended the Carl Sandburg High School. After his graduation, he attended Southern Illinois University, Carbondale. Likewise, Hartley majored in history and theater from the University of Illinois at Chicago.

Justin Hartley made his acting debut through the NBC daytime soap opera, Passions portraying the role of Nicholas Foxworth “Fox” Crane. For his role, Hartley was nominated for Soap Opera Digest Awards. Likewise, he has further appeared in many television series including,

Hartley currently appears on the series This Is Us as Kevin Pearson since 2016.

Moreover, he made his movie debut in 2005 through Race You to the Bottom. His other movie appearances are,

One of the versatile actors, Justin Hartley is married twice. He was previously married to an actress, Lindsay Hartley. The couple began dating in 2003 and got engaged on 13th November 2003. And after few months of engagement, Hartley and Lindsay tied the knot on 1st May 2004.

They have a daughter named Isabella Justice Hartley born on 3rd July 2004. Even being the parents of a child, the couple failed to continue their relationship and finally divorced in 2012.

After that in January 2014, Hartley began dating an American actress, Chrishell Stause. After dating for two years, the couple got engaged in July 2016. Well, the couple finally shared their vows on 28th October 2017. They are living happily without facing any rumors of divorce or other extramarital affairs.

Being such a renowned actor, Justin Hartley earns a good sum of money from his acting career. He has been active in the same field since long and has appeared in several movies and television series. Currently, Hartley has an estimated net worth of $5 million.

Hartly and his wife currently reside in Los Angeles. He bought the house in 2017 for $1.67 million. The house features a fireplace, a formal dining room, a center-island kitchen, five bedrooms and 5.5 bathrooms situated in the area of 5000 square feet.