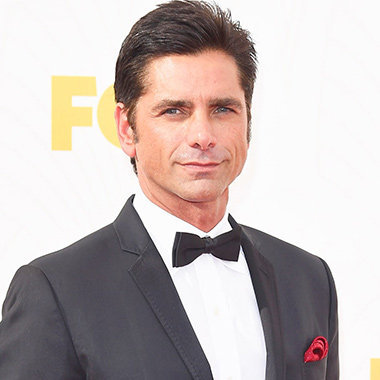 John Stamos, a very hard working, talented and phenomenal American actor was born on 19th August 1963. He is best known for his role played on the ABC series Full House as Jesse Katsopolis. He has acted in several TV films and series. He is a very hard-working actor and does his best to give it in one shot. From the year 2005, he became the national spokesperson for Project Cuddle. He has great looks and a smiling face.

Being born in Cypress, California to Loretta and father Bill Stamos, John Stamos is their oldest son. His mother Loretta is a former swimsuit model and was raised in England whereas his father Bill was a restaurateur. John is of Irish/Greek descent since his mother was Irish and father was of Greek descent. He has two younger sisters named Jannen and Alaina. Both the sisters are teachers. His paternal grandparents were from Greece and later moved to the United States.

Talking about his career, John Stamos started his acting in January 1982 after getting the role in the soap opera “General Hospital” as Blackie Parrish. His acting was highly appreciated by the people and he started to gain popularity from his first attempt at acting. He even got nominated for a Daytime Emmy Award in 1984 for the soap opera. In April 1984, he gave an audition for the lead role for the short-lived CBS series “Dreams”. The producers were very much impressed by his audition and cast him for the lead role. He played the role of an aspiring musician in a band called Dreams.

In the year 1987, John Stamos played in the ABC’s series “Full House” in the role of Jesse Cochran but later the last name of his character was changed and his name was kept Jesse Katsopolis. The last name Katsopolis was given to highlight the Greek heritage. The series continued to eight seasons. Even though the series ended, he maintained a close relationship with his co-stars. After that, John appeared in numerous television films, television series and commercials. He has also made guest appearances in the popular comedy series “Friends” in the year 2003. Later on June 8, 2010, it was announced that John will be appearing on the very popular television show “Glee” as Carl Howell.  After that, he made guest appearances in another popular series like “Law & Order: Special Victims Unit” and “Two and a Half Men”.

Talking about his personal life, John Stamos is a married man. Before marriage, he has dated several ladies that came in his life. In the early 1980s, he was dating his co-star of Full House Lori Loughlin. In the year 1994, he dated model/actress Rebecca Romijn. They first met at Victoria’s Secret fashion show and Rebecca was one of the models on the show. They both fell in love with each other and got engaged on Christmas Eve 1997. The couple got married at the Beverly Hills Hotel on September 19, 1998. But unfortunately their marriage didn’t last long and the couple announced their separation in April 2004 but they divorced only in 1st March 2005. Recently, John revealed that he has been dating Caitlin McHugh. According to the sources, his net worth is estimated to be more than $40 million (2016).