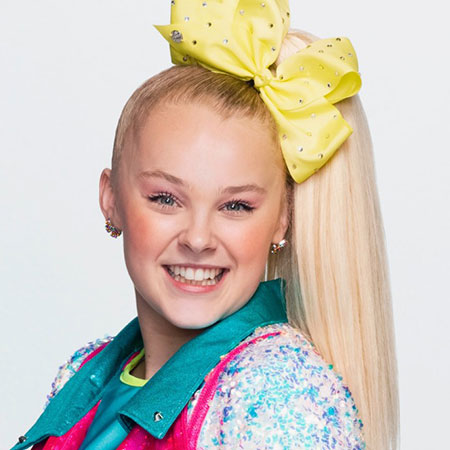 Jojo Siwa is an American dancer, singer, and actress, who is mainly known as one of the Top 5 finalists of the Lifetime series Abby’s Ultimate Dance Competition second season. She was the youngest dancer to make it to the season 2 finale. She also appeared in the fourth season of Dance Moms.

JoJo was born on May 19, 2003, in Omaha, Nebraska. Her birth name is Joelle Joni “JoJo” Siwa. Her mother name is Jessalyn Siwa. She also has an older brother. Her grandmother name is Kathy who appeared in the episode of West Coast Strikes Back. She performed a solo for her when she visited Los Angeles with Stage 4 colon cancer. She is home schooled. While she was on AUDC, she got the nickname “JoJo with the bow bow” because she loves everything which sparkles.

In late January 2015, she made all her bows exactly 527. During Solo Battle: Round 1, she described herself as the biggest and craziest fan of Miley Cyrus. She has everything which is related to Miley Cyrus. She showed off her Miley Cyrus socks in the competition. Before she was on Dance Moms, she did a large number of tweets to gain Miley’s attention. She used to link Miley Cyrus in every picture of her with a large image of Miley Cyrus’s face shirt.

According to her, her favorite dance she has performed is a solo of “Italian Love”. While she was filming the middle of Season 5, she said that she is in a close relationship with Mackenzie. They often used to be together in almost every photos. She also added that she became close to all the girls at the time. In 2013, she said that she would love to do a duet with Asia Monet Ray. She has so much fun and energy while she is dancing. She loves performing jazz and hip hop. While she is performing hip hop, she is loved by her viewers. Her favorite dance tricks are leaps and turns as she can be creative with them. She loves to be in Disneyland in L.A. Her dream job is to become a dancer. Her future plan is to be a dance teacher of the little kids. Her favorite subject is spelling.

She also has hosted a foreign exchange student from Korea with Jess. During the show, she learned to speak Korean. She loves wearing studded hip-hop sneakers and use pink Polaroid camera. She also practices playing the piano. She enjoys checking her social networking accounts and also watch TV. After her elimination from AUDC, she cheered for Kalani. Unfortunately, Kalani failed to win the competition. They were roommates during the show. Her mother bleached her hair in blonde color from a natural brown color. She became the third AUDC cast member to compete with the ALDC. When she was only two years old, she did her first solo performance. She also competed for True Dance & Co. in 2013.

As of 2016, Jojo Siwa’s successful career has earned her an estimated net worth of $5 million dollars.