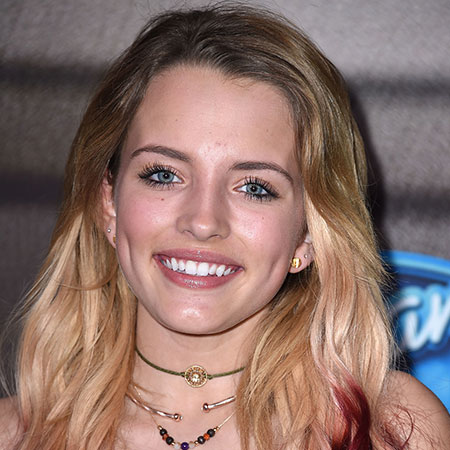 Maddie Walker is a gorgeous American country singer. She is mainly known as the contestant of American Idol season 14th. She was eliminated from the show after she finished in 10thplace.

Maddie was born on December 23, 1997, in Ankeny, Iowa. Her full name is Madisen Viola-Ray “Maddie” Walker.

To talk about her period in American Idol, she auditioned two times in total. At first, she auditioned in Season 13 but, unfortunately, she was cut during Hollywood. In Season 14, she sang “Suitcase” by Gwen Sebastian. She became successful to earn her golden ticket to American Idol. She did a solo performance by singing “Already Gone” by Sugarland during Hollywood. The song helped her to advance into Showcase Week. She then sang Fergie’s “Big Girls Don’t Cry” during the showcase week.

She became safe from that round and after that, she sang “Let’s Hear It for the Boy” by Deniece Williams. Her performance didn’t help her to impress the judges. She got harsh criticism from the judges. Judges decision were agreed by the viewers which resulted in her double elimination. On March 25, 2015, she got eliminated with her fellow contestant Adanna Duru.

During the rehearsal of the Top 11 performances of American Idol Season 14, she became sick. She experienced abdominal pain near her appendix. She immediately got treated by the medical staff of American Idol staff. After the treatment, she was able to perform live during the Top 11. She then left the studio during Live TV. After the performances, she was hospitalized over the weekend. Her fellow contestant Savion Wright tweeted that her appendix had cracked. Savion Wright was cut in Hollywood. Her tweet was stated as inaccurate by Scott Borchetta. Scott said that she would perform for the Top 10.