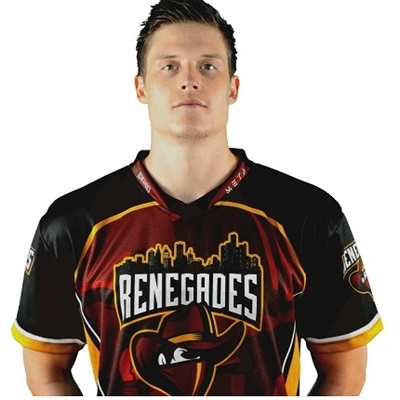 Jonas Jerebko is a professional Swedish basketball player for Utah Jazz of NBA. He gave up the basketball scholarship to focus on his professional career. The Detroit Pistons picked him in the second round of the 2009 NBA draft. He is the second Swedish player to be selected in NFL draft.

Jerebko is married to his beloved wife Johanna Lundback Jerebko. The couple welcomed their daughter Izabel in April 2016.

Jonas Jerebko was born on  2nd March 1987, in Kinna, Sweden. He was born to Chris Jerebko and Elaine Jerebko. His father was also a basketball player.

His father played at Syracuse University from 1977-1981. Jerebko grew up along with his sibling sister Johanna Jerebko. He developed his interest towards playing basketball since his childhood. Jerebko signed to play for the University of Buffalo in 2006. But he gave up the basketball scholarship to focus on his professional career.

In the starting of his professional career, Jerebko played for Swedish club Borås Basket during the 2005-06 season. Later he joined  Plannja Basket and played the 2006-2007 season. However, in 2007, he moved to Italy and played for  Angelico Biella. He continuously played two seasons for the club.

Well, in May 2009, the ESPN analyst Fran Fraschilla considered Jerebko as one of the top five European prospects during the 2009 NBA draft.

However, Detroit Pistons picked him in the second round of the 2009 NFL draft. He is the second Swedish player to be selected in the NFL draft. He wasn’t able to perform well at the starting of the season. Well, within the first match he fought with  Jamaal Magloire so both of them were suspended for other matches.

However, in his next season, Jonas performed the best and was able to be one of the favorite players. Well, during NBA All-Star Weekend, he was selected as the member of  2010 Rookie Challenge and Youth Jam. He played 80 matches for the club.

Coming to 2015, he moved to  Boston Celtics along with Luigi Datome in the exchange of Tayshaun Prince on 19th February 2015. However, on 9th July 2015, he permanently signed for the Celtics. After playing for two years, he signed for Utah Jazz on 17th July 2017.

Professional basketball player Jonas Jerebko is already married and is blessed with a happy married life. Jerebko is married to his beloved wife Johanna Lundback Jerebko. The husband and wife welcomed their daughter Izabel in April 2016. 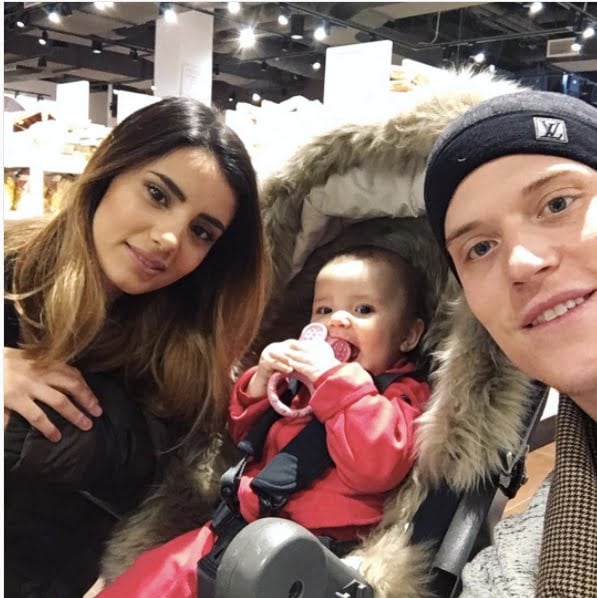 Jonas Jerebko with his wife and daughter, Source: fabwags.com

Besides this, there are no any records of his other relationships. Furthermore, there are no rumors of his divorce too. Jerebko is from a Swedish nationality and his ethnicity is white.

Additionally, Jonas also receives a decent amount of money from several brands and fashion lines as an endorsement. Allocating information from several sources it is found out that his current net worth is around $13 million whereas his annual salary is around $4 million.