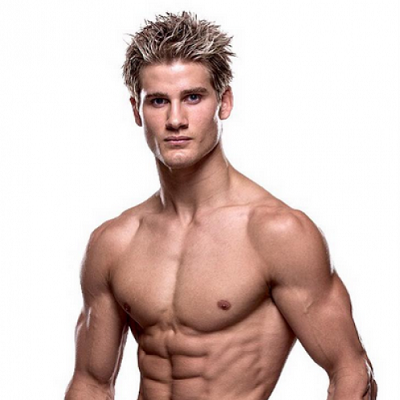 Sage Northcutt is a professional American mixed martial artist as well as a kickboxer currently competing in the Lightweight division of the Ultimate Fighting Championship (UFC). Northcutt started the training at the age of 4. In the kickboxing, he hasn’t lost even a single match.

Sage Northcutt was born on March 1, 1996, in Katy, Texas, United States. His parents are Becky Northcutt and Mark Northcutt. His father is a black belt in karate and his mother is a house wife. He grew up along with his sibling brother Shaun Northcutt and sister Colbey Northcutt. His sister is also an amateur kickboxing champion.

Northcutt started mixed martial training since the age of 4. He attended the  Seven Lakes High School for two years. And later joined Katy High School. He is currently majoring in petroleum engineering at Texas A&M University.

Northcutt started his career in 2013 through  Legacy Fighting Championship amateur mixed martial arts(MMA) series. However, he turned professional at the age of 15. Later he was featured in the Looking For A Fight of  Dana White. Well, he signed with the UFC after winning the Legacy Fighting Championship 44. During his career at UFC, he also participated in the lightweight championship where he faced  Francisco Trevino. He defeated Trevino via technical-knockout (TKO) within 57 seconds.

On  December 10, 2015, he fought his second match against Cody Pfister at  UFC Fight Night 80. He got the victory via guillotine choke in the second round. Later in 2016, he was defeated by Bryan Barberena via Arm Triangle in the second round at UFC on Fox 18. Well, on July 9, 2016, he returned to lightweight and defeated  Mickey Gall via unanimous decision at UFC on Fox 200.

He lost the match against  Mickey Gall on December 17, 2016, at UFC on Fox 22 via submission in the second round. On July 29, 2017, he was expected to face Claudio Puelles at UFC 214. But Claudio pulled out of the fight due to the injury. So Northcutt faced  John Makdessi. But due to the injury, the match was canceled.

Sage Northcutt is not married yet. And it is still unknown whether have a girlfriend or not. Well, there are rumors of his love affair with  Slattery.

It is said that they are enjoying their time with each other since a long time. Both of them are often spotted together in public places. But both of them hasn’t confirmed it so it is hard to know whether they are in a relationship or not.

Sage Northcutt being such a famous mixed martial artist deserves to have a good net worth and salary. In the  UFC on FOX 22, he earned $60,000. His current salary is $80,000 per winning fight and makes more than $50 thousand in every championship.

Northcutt currently rides Dodge Viper car worth around $120 thousand. Besides, he is often seen on Mustang GT-R and also a monster truck. Northcutt also own a dirt bike.