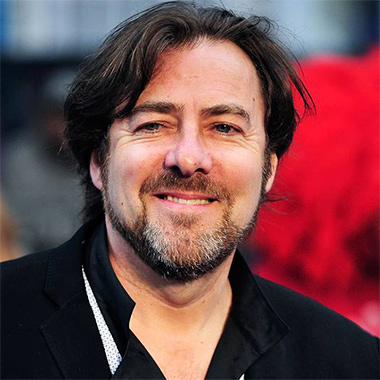 Jonathan was born on November 17, 1960, in St Pancras, London, England. His father is a lorry driver and his mother name is Martha. He grew up in Leytonstone. His brothers are Paul Ross, Miles Ross, Simon Ross and Adam Ross.

He met researcher Alan Marke on Solid Soul. In 1987, he hosted The Last Resort with Jonathan Ross. Later they introduced the successful American show, Late Night with David Letterman. They also formed a new production company to produce a pilot, Channel X. In January 1987, he presented the show. The show became successful for Channel 4 and Ross. He co-presented Comic Relief, the biennial BBC charity telethon in 1989. In the same year, he launched One Hour with Jonathan Ross on Channel 4. He introduced comedians Paul Whitehouse, Vic Reeves, Charlie Higson and Bob Mortimer with his game show segment “Knock down ginger”. He appeared on Goodbye to the 80’s in December 1989. He presented the annual British Comedy Awards in 1991. Throughout the 1990’s and 2000’s he appeared in numerous television entertainment programs. He also worked on the sports quiz They Think It’s All Over. He also has hosted It’s Only TV…But I Like It. He left Channel X in 1995.

Ross presented Mondo Rosso in 1995. After Barry Norman, he started presenting the Film program. In 1997, he made a cameo appearance in film Spice World. He also did voice job in the UK version of Sherk 2 and on the animated comedy series Rex the Runt in 2001. In 1987, he did his first radio work on BBC Radio 1. In 1999, he presented a Saturday morning show on BBC Radio 2. He has also presented radio shows for Virgin Radio. His last show on Radio 2 aired on July 17, 2010. He returned to Radio 2 in August 2014.

He presented his own comedy chat show Friday Night with Jonathan Ross on November 2, 2001. He worked as an anchor of the BBC television covering the Live 8 concerts in 2005. In the same year, he was made an Officer of the Order of the British Empire for services to broadcasting. He was made a Fellow of University College London on June 21, 2006. In 2006, he announced that he is quitting the sport/comedy quiz show They Think It’s All Over. He presented Jonathan Ross’ Asian Invasion in January 2006 on BBC Four. He produced another series called Adam and Joe Go Tokyo which stars Joe Cornish and Adam Buxton.

In 2010, he was named as the most well built in British radio by Radio Times. For the Queen’s 80thbirthday, he performed at the Children’s Party at the Palace on June 25, 2006. He also hosted Comic Relief 2007 with Lenny Henry and Fearne Cotton on March 16, 2007. He presented the Live Earth climate change awareness concerts on July 7, 2007. He presented the BBC Four series Comics Britannia on September 10, 2007. He was awarded the Sony Gold Award for Music Radio Personality of the Year in May 2008. He hosted Jonathan Ross Salutes Dad’s Army on August 3, 2008. He confirmed to leave the BBC in July 2010. He presented a three-hour show 100 Greatest Toys on Channel 4 on December 19, 2010. He was hired by Xbox to help promote the brand in October 2013. He also presented Penn & Teller: Fool Us in 2011. On September 3, 2011, he began his new chat show The Jonathan Ross Show.

Ross is happily married to Jane Goldman. She was only 18 when she got married. Jane is an author, journalist, and broadcaster. The couple together is blessed with three children named Betty Kitten, Harvey Kirby, and Honey Kinney.