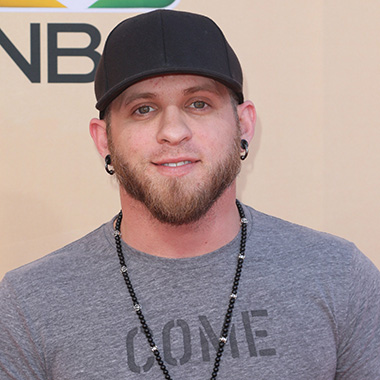 Brantley Gilbert is an American country rock artist. He is mainly known for his album Modern day Prodigal Son and Halfway to Heaven. He has also written singles like “Dirt Road Anthem” and “My Kinda Party.”

He signed to Warner Chappell Publishing after moving to Nashville as a songwriter. He performed at local venues. He released his debut album “Modern day Prodigal Son” in 2009. In 2010 he released his second album “Halfway to Heaven.” He then signed with Valory Music Co. in 2011. His album “Halfway to Heaven” was re-released with new recordings and bonus tracks. Dann Huff produced his album. The singles of his albums are “Country Must Be Country Wide” and “You Don’t Know Her Like I Do.” His both singles became successful and reached No. 1 on the Hot Country Songs chart. His next single “Kick It in the Sticks” from the album was released. It also peaked at number 34. The single “More Than Miles” from the album reached No. 7 on Country Airplay. In 2013 he was awarded the ACM New Male Artist Award.

He also won CMA Awards and ACM Awards as CMA Triple Play Award and Top New Male Artist respectively. In 2015 he won iHeartRadio Music Awards. In the same year, he won Billboard Music Awards nomination for Just As I Am.

Brantley was born on January 20, 1985, in Jefferson, Georgia, United States. His birth name is Brantley Keith Gilbert. When he was 19 years old, he went through a truck accident.

Since September 2012 he started dating Jana Kramer. Jana is a country music singer as well as an actress. The couple first met each other at the CMT Music Awards. On January 20, 2013, the couple got engaged. Unfortunately, they split in August 2013. He got married to Amber Cochran in 2015. His grandfather died on July 24; he was on his honeymoon at the moment. He got his tattoo in May 2015.

As of 2016, Brantley Gilbert has an estimated net worth of $10 million dollars.