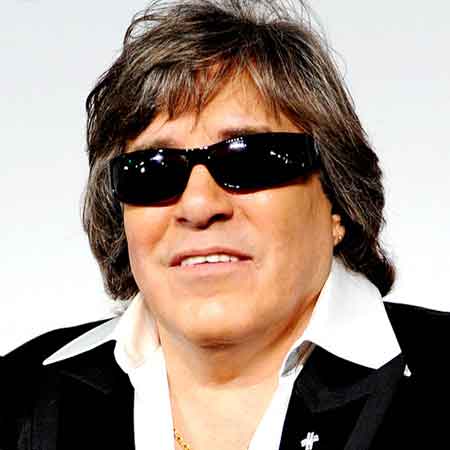 A Puerto Rican guitarist, singer, and songwriter, Jose Feliciano is widely known for his performance of The Doors’ “Light My Fire” and the best-selling Christmas single, “Feliz Navidad”. Feliciano received wide popularity in the US after he released his 1968 album, Feliciano!

Feliciano was previously married to ex-wife, Hilda Perez. He currently lives with his wife Susan Omillian and has three children.

Jose Feliciano was previously married to Hilda Perez. The couple tied the knot in 1965 but they failed to continue their relationship and finally divorced on 15th January 1979. After a few years, Feliciano married his second wife Susan Omillian on 2nd August 1982.

Since their wedding, Feliciano and Susan are living happily with their children. Yet there are no rumors of their divorce and other extramarital affairs.

Being such a popular guitarist, singer, and songwriter, Feliciano earns an astonishing amount of money from his multiple careers. Till date, he has sung numerous songs and has released several popular albums.

Allocating information from several sources as of 2018, it is found out that Feliciano has an estimated net worth of $12 million. He currently resides in Weston, Connecticut (CT), the US along with his children.

Later, Feliciano moved to Spanish Harlem, New York City along with his family at the age of five. There, he performed at the Teatro Puerto Rico in The Bronx at the age of nine. Feliciano used to play it for 14 hours a day and used to listen to 1950s rock and roll, records of classical guitarists as well as jazz players.

Furthermore, Feliciano later took classical lessons with Harold Morris. He attended the Sacred Heart University. However, at the age of 17, he quit his school to play in clubs.

Feliciano further performed at Festival de Mar del Plata in Argentina in 1966. Similarly, he also wrote a song “No Dogs Allowed” which told the story about his first visit to London. Feliciano later recorded a song entitled  “Light My Fire” which helped him win two 1968 Grammy Awards for Best New Artist of the Year and Best Pop Song of the Year.