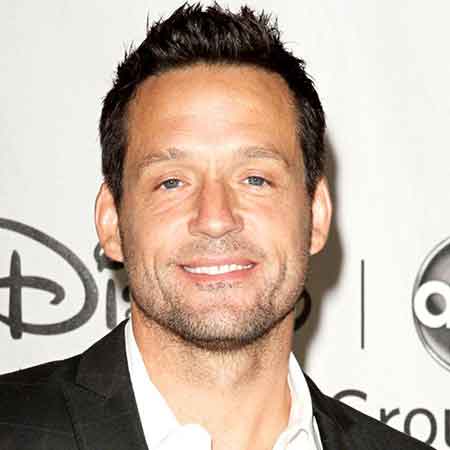 Josh Hopkins is an American actor as well as an amateur musician. He is better known for his portrayal role of Liam O’Connor in the ABC thriller Quantico. Moreover, he is also the writer and performer of the song “Feigning Interest.

Born as William Joshua Hopkins on 12th September 1970, in Lexington, Kentucky, United States, Josh Hopkins belongs to an American nationality and holds white ethnicity. He is the son of Larry J. Hopkins, a former U.S. Representative, and Carolyn Hopkins.

Hopkins attended the Sayre School an independent school in Lexington, Kentucky. Likewise, he graduated from the Auburn University.

Josh Hopkins began his acting career in 1996 making debut through the movie Parallel Sons in which he portrayed the role of Marty. The same year, Hopkins further starred in the movie Paulie. Moreover, he has appeared in several movies like,

Furthermore, Hopkins made his television debut through the series Law & Order in 1996. Hopkins next appeared in the series New York Undercover as Detective Alec Stone from 1998 to 1999. Moreover, his other television appearances are,

The 47 years old popular actor Josh Hopkins is not married yet and is currently single. However, Hopkins previously dated several celebrities. In past, Hopkins was in a relationship with an American actress Octavia Spencer. But the couple wasn’t able to continue their relationship and later separated.

Josh Hopkins earns a decent amount of money from his acting career. Moreover, he must have earned a good sum of money from his music career too. Allocating information from several sources as of 2018, Hopkins has an estimated net worth of $10 million.