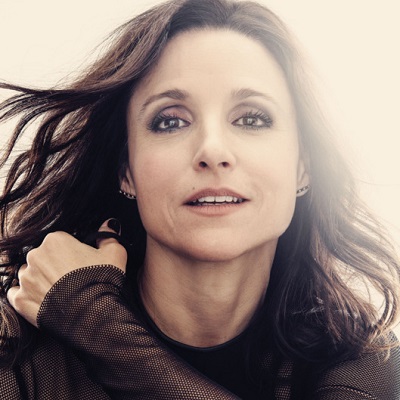 Saturday Night Live 2002–2003, Julia Louis-Dreyfus is a renowned American actress, comedian, as well as a producer. Dreyfus is known for her television comedy including Saturday Night Live (1982–85), Seinfeld (1989–98), The New Adventures of Old Christine (2006–10) etc. Till now, she has won eleven Emmy awards of which eight are for her acting and 3 for producing.

Julia Louis-Dreyfus was born on January 13, 1961, in New York, the United States to Judith and Gérard Louis-Dreyfus. Her mother was a writer as well as a special needs tutor and father was a chaired at Louis Dreyfus Energy Services.

Dreyfus grew up along with her sibling sisters Lauren Bowles, Emma Louis-Dreyfus, Phoebe Louis-Dreyfus and a brother Raphael Louis-Dreyfus. Within a year of her birth, Dreyfus’s parents got divorced. So her mother married L. Thompson Bowles when she was 8 years old.

Instagram: Julia with her mother and her siblings during her childhood;

In 1979, Dreyfus completed her graduation from the Holton-Arms School. Furthermore, she is also the graduate of  Northwestern University.

Renowned actress Julia Louis-Dreyfus started her career in 1982. During her comedic training, Dreyfus appeared in The Second City. However, at the age of 21, she cast in the NBC’s Saturday Night Live. From 1982 to 1985, the team subsequently made her cast in the Saturday Night Live. Well, during her work at SNL, Dreyfus appeared along with famous actors like  Eddie Murphy, Jim Belushi, Billy Crystal, and Martin Short. Well, till now she has appeared in many movies and television series which are listed below.

Moreover, till now Dreyfus has won many awards which are listed below

In 2017, Dreyfus re-hosted the Saturday Night Live along with  Nick Jona. Furthermore, since 2012, she appears on the television series Veep as a role of Selina Meyer.

Moreover, on  September 17, 2017, Dreyfus also received a Primetime Emmy Award as an Outstanding Lead Actress in the following series.

A professional actress, Julia Louis-Dreyfus is already married. Well, Dreyfus met her future husband a comedian, Brad Hall, while working on Saturday Night Live. After dating for few years, this couple tied a knot in 1987. They welcomed their first son Henry in 1992 and second son Charles, 1997. 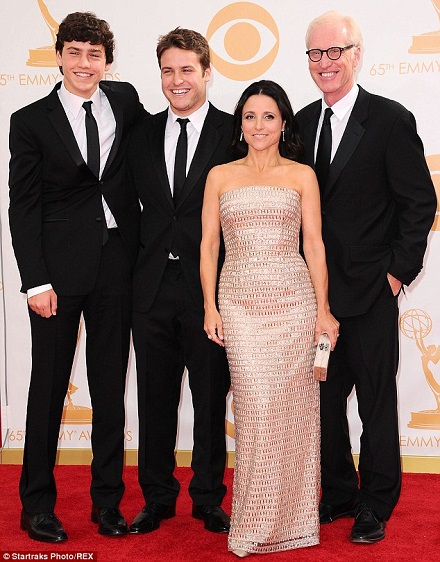 Their son Charles is a walk-on for the Northwestern Wildcats men’s basketball team. This couple is successfully maintaining their married and family life since a long time. So there are fewer chances of their divorce. Besides this, there are no any records of her other relationships.