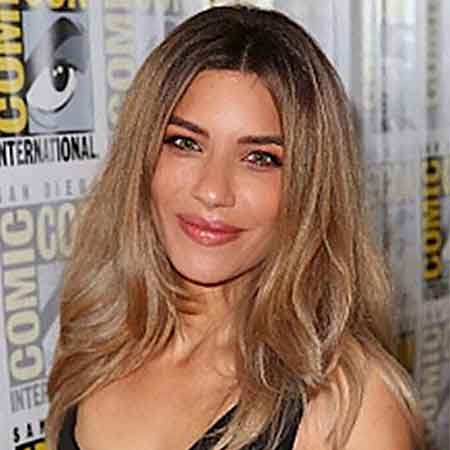 An American actress, Juliana Harkavy is known for her portrayal role as Rebecca in Dolphin Tale and its sequel, Dolphin Tale 2. Currently, she appears as Dinah Drake / Black Canary in the television series, Arrow.

Juliana Harkavy was born on 1st January 1985, in New York City, New York, the United States to Berta Carela and Michael Harkavy. Her birth name is Juliana Jay Harkavy. She grew up along with her brother August Harkavy. Her father is a former Senior Vice president of Warner Bros. Entertainment Worldwide Publishing, Kids’ WB Music, and Warner Bros. Interactive Entertainment.

At the age of 10, Juliana Harkavy began her acting career appearing in the Fox Kids series, Goosebumps. However, Harkavy made her first motion picture role through 1995 movie A Little Princess portraying the role of Girl in India.

But Harkavy took a long break from her acting and returned back in 2005 starring in the movie, Flushed as Groupie. After that, she starred in the movies including Love is Blind, My Super Ex-Girlfriend etc. Harkavy’s breakthrough came after she portrayed the role of Rebecca in 2011 movie, Dolphin Tale.

Similarly, in 2010, Harkavy starred as Amy in the television series, The Glades. Moreover, she gained further recognization for her portrayal role of Alisha in the series, The Walking Dead. Likewise, her other notable roles are in Last Shift and To Write Love on Her Arms. Currently, Harkavy appears on the series Arrow as Dinah Drake / Black Canary.

Along with her successful career, Juliana Harkavy has a successful married life too. Well, the 33 years old renowned actress Harkavy is married to husband, Peter Christopher Kupchick. The couple tied the knot on 19th June 2014.

They are happily enjoying their married life. Although the couple is already married, they do not have any kids yet. Furthermore, they haven’t mentioned any plans of having kids too. Since their marriage, Harkavy and Peter have maintained a peaceful relationship without facing any rumors of divorce.

Harkavy often shares beautiful pictures of her husband on Instagram. Besides this, Harkavy hasn’t been in any other relationships.

Juliana Harkavy Net Worth and Lifestyle

Juliana Harkavy has maintained a standard life. Since her childhood, she is still active in the field of acting From her acting career, Harkavy earns an astonishing amount of money. However, her current exact figure of net worth is still under review.

Harkavy owns three bulldogs worth $800-$2000. During her holidays, she often visits new places with her husband and friends.