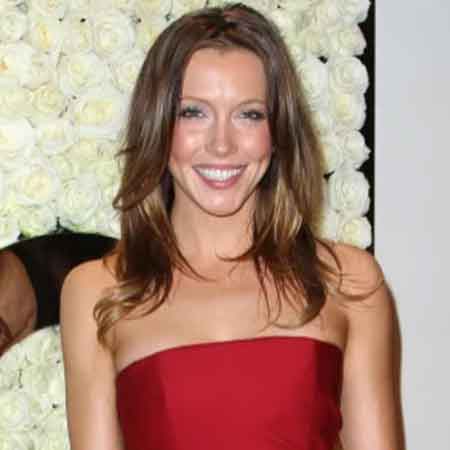 The PRISM Award-winning actress, Katie Cassidy is known for her portrayal role as Ruby / Lilith in the television series, Supernatural. Likewise, her other notable roles are in Arrow, The Flash etc.

Katie Cassidy was born on 25th November 1986, in Los Angeles, California, in the United States as Katherine Evelyn Anita Cassidy. Her father David Cassidy is an actor and singer and mother Sherry Williams a fashion model who had a short-lived relationship. Jack Cassidy and Evelyn Ward are her grandparents.

After her parents ended their relationship, Cassidy was raised by her mother and stepfather Richard Benedon. She grew up along with her siblings Jamie Benedon, Beau Cassidy and Jenna Benedon. Cassidy attended the Tisch School of the Arts. Likewise, she graduated from Calabasas High School in 2005.

Katie Cassidy made her acting debut in the television series, The Division in which she portrayed the role of Young Candace “CD” DeLorenzo. Till date, Cassidy has appeared in several series including,

Since 2012, Cassidy appears in the series Arrow along with Willa Holland, Caity Lotz, Summer Glau, Katie Cassidy and others.

Similarly, Cassidy made her acting debut in 2006 through, When a Stranger Calls and has starred in several movies including,

Besides his movie and television appearance, Cassidy has appeared in music videos like  “Just Lose It” and “She’s No You.”

Kaite Cassidy is engaged to an actor, Matthew Rodgers. The duo began dating each other in 2016. And after dating for a year, the couple decided to take their relationship to the next level and finally engaged on June 5, 2017.

Although the couple is dating, they haven’t mentioned any plans of getting married. They are enjoying their love life and has maintained a peaceful relationship without facing any rumors of a separation. Besides this, Cassidy previously dated several other guys including Sasha Vujacic, Jesse McCartney, and Greg Raposo.

From her acting career, Katie Cassidy earns a decent amount of money. She has starred in numerous movies and television series to date. Cassidy further adds money from her singing career. As of now, Cassidy has an estimated net worth of $3 million.

Cassidy owns three cats and two dogs of Rottweiler breed which worth $850-$2000. She often visits new places during her vacations along with her husband and friends.