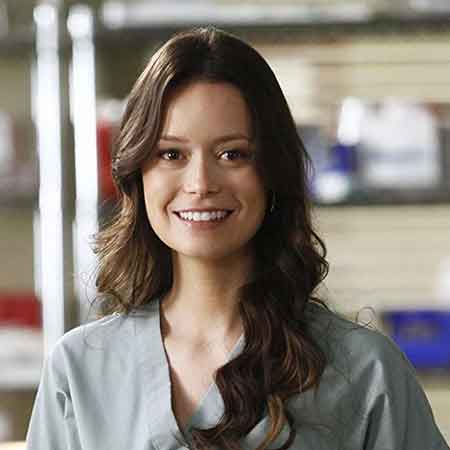 The two times Saturn Awards winner, Summer Glau is an American actress known for her portrayal role of River Tam in science fiction and fantasy television series, Firefly. Furthermore, her other notable roles are in Serenity, The 4400, Alphas etc.

Glau is married to husband, Val Morrison and has two children.

Summer Glau was born on 24th July 1981, in  San Antonio, Texas, in the United States as Summer Lyn Glau. Her father Mark Glau is a general contractor and mother Mari Glau is a schoolteacher. She grew up along with her two sisters, Kaitlin Glau, and Christie Glau.

From grade 3 to 12, Glau was homeschooled in order to receive her ballet training after she received a scholarship to a ballet company. Glau got classical ballet training and further studied tango and flamenco. But Glau ended her dancing career after she broke her toe.

In 2002, Summer Glau moved to Los Angeles to pursue her acting career. And the same year, she got a chance to portray the role of Prima Ballerina in the series, Angel. Furthermore, she appeared in the series, Firefly as River Tam from 2002 to 2003 which helped her gain a wide recognition.

Likewise, Glau made her movie debut in 2004 through Sleepover. In 2005, Glau portrayed the role of River Tam in the movie Serenity for which she won SFX Award and Saturn Award. She was further nominated for SyFy Genre Awards. Similarly, her other notable movie roles are in Knights of Badassdom, Dead End etc.

Moreover, Glau has further starred in other popular television series like The 4400, The Unit etc. From 2008–2009 Glau played the role of Cameron / Allison Young in Terminator: The Sarah Connor Chronicles for which she won her second Saturn Award. Glau was further nominated for three Teen Choice Award, Scream Award, and Saturn Award.

Summer Glau is married to an actor Val Morrison. The duo shared their vows back in 2014 in a private ceremony. Although the couple is married, they haven’t mentioned when and how they met each other.

Glau and Val welcomed their first daughter, Milena Jo Morrison in January 2015. Similarly, Glau gave birth to her second daughter, Sunny Isabou in October 2017. The couple is living happily with their children and has maintained a peaceful relationship.

They haven’t faced any rumors of divorce or other extra-marital affairs. Besides this, Glau previously dated Daniel Wisler from 2006 – 2009. Likewise, she further dated an American Photographer Cooper Gross from 2009 – 2012.

Summer Glau is living a standard and comfortable life with her husband and children. Glau has starred in numerous movies and television series to date. From her acting career, she has earned a good sum of money.

Allocating information from several sources as of 2018 it is found out that Glau has an estimated net worth of $5 million. Glau owns a house in Fair Oaks Ranch, Texas (TX), US whose market value was $695K in June 2009. Likewise, she further owns a house in San Antonio (TX), and a condo in Studio City (CA).