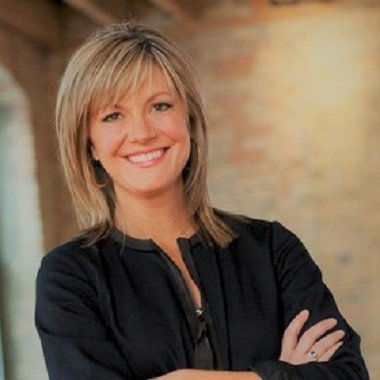 Julie Nelson is a regional Emmy award-winning journalist, well known as a television anchor for the NBC affiliate KARE channel 11. She previously anchored the 6 p.m. and 10 p.m. newscasts at KSTP Channel 5 (ABC affiliate).

As of 2019, Julie Nelson has an impressive net worth of $1 million and her annual salary is estimated to be $36,000. She currently resides in Edina, Minnesota with her family.

What is the net worth of Julie Nelson in 2019? know her salary, income, and earnings!

Want to know, how much Julie Nelson earns in a year? Well as per the reports of 2019,  Nelson enjoys an impressive net worth of $1 million and has an annual salary of $36,000.

As she is the regular anchor for the NBC affiliate KARE channel, we can say that so far, she has earned a pretty decent income from her professional journalism career.

Did you know an average anchor’s salary in the United States is roughly between $35,000-$75,000? And if you are someone like Anderson Cooper, then your salary could go up to a whopping $11 million.

You don’t want to miss: How much did former NBC news anchor Matt Lauer earned before being fired?

Julie Nelson and her husband Kurt shares a luxurious home in Edina, Minnesota with their daughters. Further, she also owns a stunning SUV.

Nelson is still active in the field of Journalism, hence we can say that she will see an increase in her paycheck in the upcoming future.

As of now, Julie Nelson has a pretty amazing personal life like her professional career. She is happily married to her hometown sweetheart Kurt Krumenauer. As romantic as it sounds, the couple first met at the age of 12 and began to date since their junior high school. 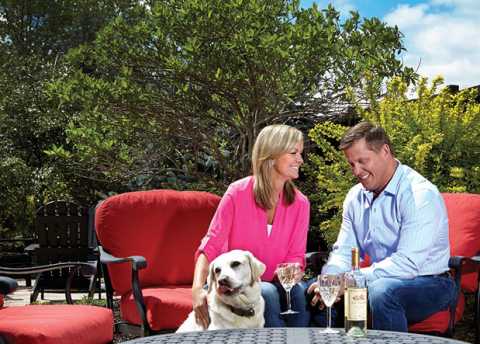 Kurt Krumenauer is the president of Midwest Apartment Brokers, a Commercial Real Estate brokerage firm specializing in the acquisition and disposition of apartments properties. He has upheld a ‘customer-first, a customer only’ focus that has not wavered since starting the company in 2008.

You may like: Biography of Monica Malpass, Anchor of the award-winning political talk show ‘Inside Story’

They are the proud parents of two adorable daughters. Nelson, now a TreeHouse board member, has volunteered with the organization, which helped thousands of youth transform their lives by developing healthier home and peer relationships, and encouraging high school graduation.

Fall family outing… some thought it necessary to wear a winter coat some wore Birks w/no socks. No judgement. @glenna_farms

She loves her job because it allows her the chance to face all kinds of people from different backgrounds and tell their stories. It is truly a privilege. She has a cute dog named Lambeau.

Julie Nelson was born on November 12, 1971, and grew up in Eau Claire, Wisconsin area. An American by nationality, Nelson belongs to white ethnicity. Further, her star sign is Scorpio.

She graduated in 1990 from Eau Claire’s Memorial High School. She received her Bachelor’s degrees in journalism and history from Indiana University in Bloomington, Indiana in 1994.

After her graduation, she volunteered for such causes as Habitat for Humanity, Treehouse, Christian Recovery Center, Wooddale Church, and Feed My Starving Children and served on the Indiana University School of Journalism Alumni Board from 2002-2005.

In addition, talking about Julie Nelson’s social media presence, as of now she has more than 22.5k Twitter followers, 3.8k Instagram followers, and 32.1k Facebook Followers.

Nelson began journalism career serving as an anchor for the 6 p.m. and 10 p.m. newscasts at KSTP Channel 5 (ABC affiliate). After few months succeeding at KSTP, she was named “Best Newcomer” by Mpls.St.Paul Magazine. A year later, the magazine named her one of the area’s “One Hundred People to Watch.”

She has been awarded the Regional Emmy for anchoring, Murrow regional prize, Eric Sevareid award, and 3 “Best TV Newscaster” Awards from City Pages.

Nelson joined KARE Channel 11 (NBC affiliate) in September 2003, working as a television anchor in the Minneapolis-St. Paul metro area in Minnesota. Since then, she is currently anchoring the 5, 6 and 10 p.m. newscasts.

Here are some interesting facts about Julie Nelson!