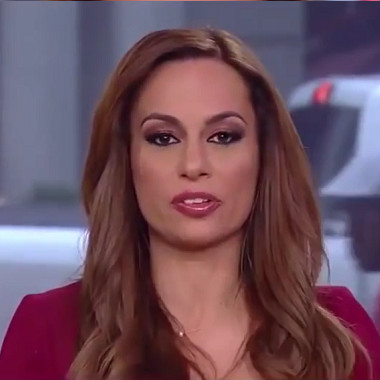 A Democratic Party strategist and television personality, Julie Roginsky is a contributor to the Fox News Channel. She is well known for appearing mainly as a co-host on Outnumbered, and occasional co-host of The Five.

Julie Roginsky was born April 25, 1973, in Moscow, Russia to Tanya and Abram Roginsky. Her parents belong to Soviet dissidents of Jewish descent. She basically raised by her grandparents until her parents were permitted to leave the Soviet Union in 1980. Her grandparents were banned from leaving the Soviet Union.They became Refusniks for over a decade until they, too, emigrated to the United States in 1990. 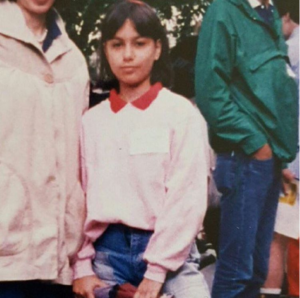 Prior to residing in the United States, Roginsky and her family lived shortly in Paris and London. Roginsky raised in New York City and Plainsboro Township, New Jersey. She attended Princeton Day School and graduated from there. Then she also attended Boston University and gained her both bachelor and master degrees from there.

First, Roginsky hired by Emily’s List to work on the congressional campaign of Dale McCormick. She worked in a Democratic congressional primary in Maine’s 1st Congressional District. During that election, Roginsky served for Rep. Frank Pallone of New Jersey, whose campaign she strongly managed against Mike Ferguson. 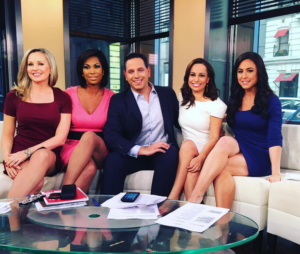 Julie Roginsky and her colleuge at Out# studio
Source: Instagram

In 2003, Roginsky established Comprehensive Communications Group, a political consulting and public relations firm, worked on behalf of Fortune 500 corporations, elected officials and non-profit organisations. The firm’s clients were Senators Cory Booker and Frank Lautenberg and Reps. Albio Sires, Steve Rothman and Frank Pallone. Since 2005, Roginsky has worked on the Board of Directors for the Women’s Campaign School at Yale University.

Roginsky is currently living in New York City with her family. In 2012, she announced the birth of her newborn son, Zachary Peter Roginsky, born on May 27, 2012. In response to a well-wishing, Steve Kornacki (Salon political writer) who Tweeted, “Welcome to the world, Zachary Peter Roginsky, and congratulations to @julieroginsky, who will make a great mom,” she RT’d him and replied, “Thank you!!”

She has not revealed her son’s father’s  name on social sites. During a group discussion, Roginsky reacted Tucker Carlson’s statement of being with his beloved as often as he could, Julie stated that he was talking with the wrong person and continued, she loves being alone so much that, she never bothered to get married. She is active on social networking sites and her estimated net worth has $23 million.