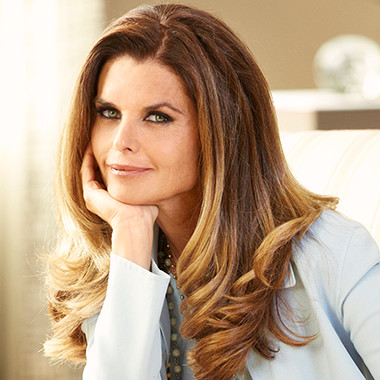 An author of six best-selling books, journalist, activist, and former First Lady of California, Maria Shriver is well known for co-anchoring for NBC’s Emmy-winning coverage of the 1988 Summer Olympics. She created a “television show with a conscience”, for which she won two Emmy Awards and an Academy of Television Arts & Sciences award. Currently, Shriver is a special anchor and correspondent for NBC News.

Shriver was born on November 6, 1955, in Chicago, Illinois. Her father, Sargent Shriver was a politician and activist. During the 1972 U.S. presidential election, he was George McGovern’s operating mate as the Democratic Party’s nominee for Vice President, substituting Thomas Eagleton, who had left from the ticket. Her mother, Eunice Kennedy Shriver was a member of the Kennedy family, sister of President John F. Kennedy and senators Robert F. Kennedy and Ted Kennedy.

Shriver enrolled into Westland Middle School in Bethesda, Maryland, a suburb of Washington, D.C. Later she graduated from Stone Ridge School of the Sacred Heart in Bethesda in 1973. She then, attended Manhattanville College for 2 years, then transferred and went on to receive a Bachelor of Arts degree in American studies from Georgetown University in Washington, D.C., in 1977.

She began her career as a news writer and producer for Philadelphia’s KYW-TV. In 1978, Shriver started work at Baltimore’s WJZ-TV, where she wrote and produced the Baltimore-based show “Evening Magazine”. Shriver started reporting for CBS News and shortly won a place as co-anchor of the CBS Morning News in September 1983.

In 1986, Shriver participated NBC News as a correspondent and became an anchor for Main Street, a news magazine aimed at young people. She served as a co-anchor on NBC’s Sunday Today from 1987 to 1990.

In 1990, she began hosting a series of news specials entitled First Person with Maria Shriver. Since then she has escorted numerous interviews with notable figures including Sarah Ferguson, Fidel Castro, Ted Turner, Magic Johnson and the Duchess of York. Shriver also became a reporter for NBC’s Dateline NBC from 1989 until August of 2003, A few months later, she resigned from NBC citing a conflict of interest between her role as a journalist and her status as First Lady. In 2013, she returned to NBC as a correspondent and a fill-in anchor.

Maria Shriver helped develop and drive a special website to match volunteers with organizations wanting assistance. Shriver pointed the First Lady’s Conference on Women and created leadership to focus on the needs of women, the working poor, military families and the intellectually and developmentally handicapped. She also supported the creation of playgrounds and community gardens in lower income areas.

Shriver helps on the boards of numerous charitable organizations, like, Best Buddies, which pairs mentors with people with intellectual disabilities. Another cause close to her heart is the Special Olympics, which was established by her mother Eunice Kennedy Shriver in 1968.

Serving as executive producer, Shriver supported to bring the HBO documentary “The Alzheimer’s Project to television” in May 2009. The four-part program, which granted an in-depth look at this destructive brain disorder, won two Emmy Awards. Improving understanding of the disease and helping medical research became a personal mission for Shriver after her father was diagnosed with the disease in 2003.

Shriver has proved herself as a successful author. She has written several works, including a successful series of children’s books named  What’s Wrong With Timmy, “What’s Happening to Grandpa?”, “And One More Thing Before You Go–“, “Ten Things I Wish I’d Known–Before I Went Into the Real World”, “What’s Heaven” and “Just Who Will You Be?.

Additionally, she has produced a number of television series and films including The Alzheimer’s Project, Paycheck to Paycheck: The Life and Times of Katrina Gilbert, and the award-winning movie Still Alice. She has also appeared as herself on numerous shows such as The Dr. Oz Show, The Eighties and Home & Family.

On April 26, 1986, Maria Shriver married to popular actor and Austrian bodybuilder, Arnold Schwarzenegger in Hyannis, Massachusetts, at St. Francis Xavier Roman Catholic Church. They first met at a tennis tournament occurring held at Maria’s mother’s home when they were introduced by their common friend at the event. 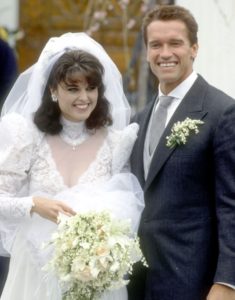 Later on, On May 9, 2011, both announced that they decided to divorce after it was revealed that Arnold had fathered a son, Joseph, with Mildred Patricia Baena who was the couple’s housekeeper for two decades. After the announcement made by her husband about his affair and son Marie determined that she and her husband cannot live together anymore and she filed for the divorce. Even after so many years, their divorce is still on hold and they are not officially divorced yet. Maria is currently not in any relationship and also has not remarried.

They have four children together named, Patrick Schwarzenegger, Katherine Schwarzenegger, Christopher Schwarzenegger and Christina Schwarzenegger. This 5′ 5″ author’s mission is to inform, inspire & ignite people to be Architects of Change in their own lives & communities and her estimated net worth has $100 million.