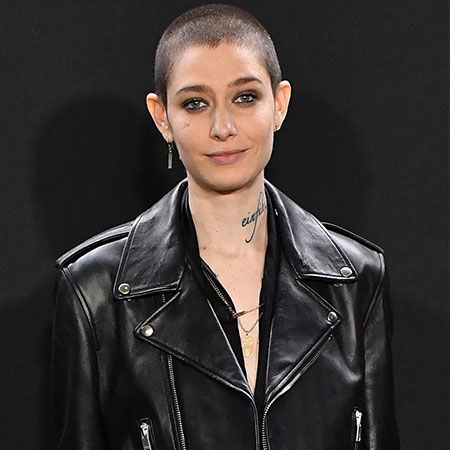 Kate Dillon Levin is a famous name in modeling field of United States who has also given her identity as activist and humanitarian. She is popularly known for her work as a plus-size model, a model with larger stature but not overweight or obese. Despite not having a perfectly shaped body, she has been able to make multiple appearances in multiple fashion magazines, designer campaigns and has worked with the brilliant photographer. She also has experience of working with many mass media outlets and she named as the first plus-size model to make an appearance in U.S. Vogue and also she made her appearance in a Gucci Campaign as the first plus-size model. Besides modeling, she also has been involving in various non-profit organizations and has been working to aware and advocate for the eating disorder awareness and treatment. She has also worked and shown her interest in global poverty reduction.

Kate Dillon was born on March 2, 1974, to Tom Dillon who is a Scientist and a school teacher. Dillon moved to San Diego along with her family when she was just 10. Because of her size, she faces humiliation during her adolescence. After watching a documentary when she was 12, she was influenced to lose excess weight on her body and faced eating disorder for seven years. She attended the University of St. Thomas and got her bachelor’s degree in political science and international studies. She later got admission at Harvard University and earned master’s degree in International development. She was also accepted to the University of California, Berkeley. Although having academic background from a prestigious colleges she decided to spend full-time on modeling after graduation.

“I firmly believe that what makes you sexy and beautiful is not the size of your body or the color lipstick you have on. What really make you sexy is what you project- your confidence & your self-awareness.”

Kate Dillon’s modeling career started when she was discovered by a photographer while sitting in a café when she was 16. Later she worked with photographer such as Richard Avedon and made her appearance in campaigns for Chanel, Christian Dior, and Missouri. In 1995 she was signed by Wilhelmina Models as a plus-size model in New York City. She appeared in Times Square billboard in the face of Elizabeth by Liz Claiborne. Besides modeling, she has been contributing deprived sector of society through her several charities. She is the founder of ECHO Prosocial Gallet which is providing arts program for children in New York City. Her another project Komera provides a fund for the secondary education of girls in Rwanda. She is also involved in eating disorder treatment awareness program as an advocate.

Digging about her personal life, Kate Dillon had been married in her life. She married Gabe Levin in December 2008, but due to a personal misunderstanding, they divorced in 2104. Currently, Dillon seems single and no any information about her marital status has been revealed. She currently spends more time on music, Yoga, and arts. She stands tall with a height of 5’11’’. Through her professional career, she has made net worth of $45 million (2016).