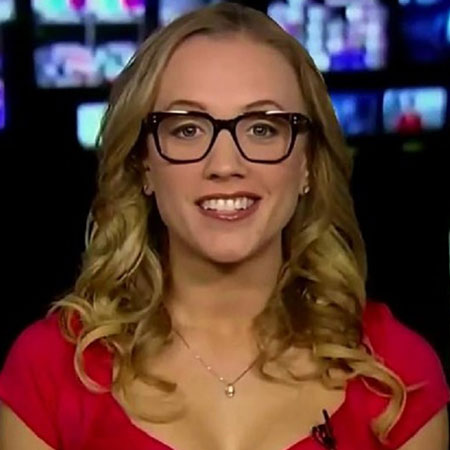 Katherine Timpf is a well-known name in the entertainment industry. She has established herself a reporter, comedian, and television personality, widely known for her expression of political commentary in various, political correctness, feminism, and economic issues. She is currently co-hosting the show “The Fox News Specialists”.

Katherine was born on October 29, 1988, to Anne Marie and Daniel M. Timpf in Detroit, Michigan. She has a German and Polish heritage. After completing her high school education, Katherine went to attend Hillsdale College and graduated in 2010 with a B.A. in English.

During her childhood with her father:

Katherine served as a digital editor for The Washington Times. Then, she worked as the news anchor for NASA’s Third Rock Radio and as a reporter and producer for Total Traffic Network in Santa Ana, California. She has appeared in several television shows in her career.

Some of the television show that she has been part of include ‘America Live with Megyn Kelly’, ‘Fox and Friends’, ‘Stosse’l, ‘The Greg Gutfeld Show’ and many others.

She previously served as a video and print reporter for the CampusReform.org based in Arlington, Virginia, where she covered the issues of fraud, abuse, biases, and wastes of college and campuses.

Since March 2016, she is working on her weekly podcast called ‘”The Kat Timpf Show” where she talks to a guest about random subjects. Other projects that she has been part of include Orange County Register and Investor’s Business Daily. Her piece of article on Hillary Clinton citing her as a ‘Fake Feminist’ hit the headlines for several weeks.

Apart from her journalism work, Katherine also served as a featured comedian on the morning drive show on Baltimore’s 98 Rock. She has also performed stand-up comedy at the Gotham Comedy Club and The Improv in L.A.

Timpf has won million heart through her work and her looks can amaze any men. Katherine was in a relationship with her college friend Blake but their relationship did not work out and separated.

She was also rumored to be dating Joel Pavelski, as they have shared several pictures on Instagram.

However, Timpf cleared all those confusions regarding things going on between Kat and Joel on Twitter, when she tweeted out to her friend, Joel stating, “a lot of people on Instagram jealous of you because they think you are my boyfriend.”

Timpf also a posted a photo of them together, with a title, ‘put the rumors to a rest.’ She states that they both are just friends and are in a spiritual relationship.

Katherine is currently single. This can be determined easily through her tweets. She once wrote ‘Yes. I am looking for a husband that micromanages my face’ and ‘I wish I had a boyfriend so I could force him to clean the litter box right now.’ She doesn’t have children from any of her relationships.

Being an editor, reporter, and comedian, she has a good amount of wealth boosting her net worth. Katherine’s net worth of is estimated to be around $3 million and her annual salary is reported to be around $51,000.