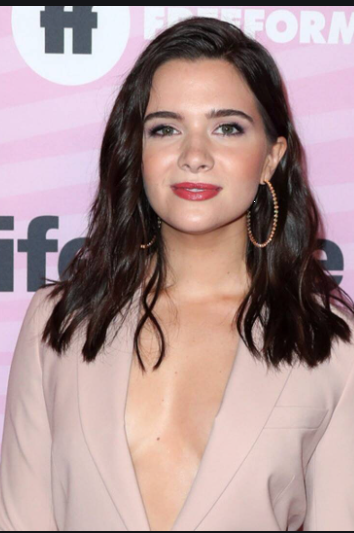 Katie Stevens is an American actress and singer. She is most known for being the contestant of an American Idol from the ninth season who gain popularity with her incredible range and powerful vocals.

Stevens is engaged with guitarist, Paul DiGiovanni. They began dating in 2014 and are still together.

Katie Stevens was born on 8th December 1992, in Southbury, Connecticut. The name of her parents is Clara Stevens and Mark Stevens. As her mother is Portuguese, she is of Portuguese descent. She holds the American nationality.

Stevens attended Pomperaug High School and was the member of the School’s varsity swim team four around four years.

The talented singer, Stevens gave her performance at the age of 5. She sang a national anthem for the political party for the very first time. Further, she performed Shania Twain’s From This Moment during her aunt’s wedding. Later she started to perform in the local community including Main Street Theatre’s production of The Wizard of OZ and BBS Children’s Theatre.

In a High School Musical followed by The Cat in Honk, she featured as Sharpay. In 2009 she was auditioned for the American Idol. She earned huge respect and popularity since that time. Her performance was loved by audiences as well and judges which helped her to complete the show with 8th position.

Additionally, she then made her appearance in numerous talk shows like Wendy Williams Show, Late Show with David Letterman and The Ellen DeGeneres Show. Besides singing she was also enrolled in writing songs. By 2010 she wrote more than nine songs. In the same year, she featured in Idols Portugal as a guest performer. She sang a song All I Want For Christmas Is You at the show.

Furthermore, she also featured a role on the MTV scripted comedy entitled Faking It. Later in 2015, she was seen in CSI finale movie named Immortality and later featured in the freeform show, The Bold Type.

The proficient American singer, Katie Stevens is in a romantic relationship with a famous guitarist Paul DiGiovanni. The couple began dating in 2014 and are still together. The duo is often spotted together at public places. Moreover, Stevens has posted several pictures with him on her Instagram. In their free time, the couple usually goes boating in Tenessee.

Recently in 2018 at Valentine’s Day, the couple is engaged. They dated for four years and are finally together.

As an actress, Stevens is living a luxurious life. She earns an astonishing amount of salary from her professional career. Katie Stevens’s net worth is around $6 million.