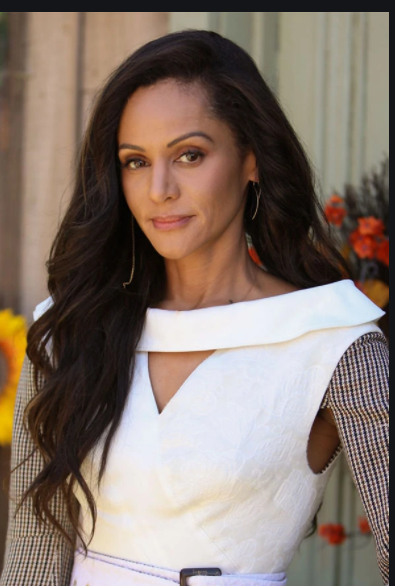 Persia White; an American actress and musician most known for her role as Lynn Searcy on the sitcom Girlfriend. She is also the member of the famous rock band entitled XEQ3.

Persia White was born on 25th October 1972, in Florida, U.S. She was one of the four children of an American Caucasian mother and a Bahamian father. She was raised up in her hometown, Bahamas. She holds the American nationality and belongs to White American ethnicity.

When White was just three years old, her father met a car accident and was paralyzed. For his proper care and treatment, he moved to Miami. White mother along with all her children then moved to South Florida and was never in contact with her husband.

White attended Miami Coconut Grove Children’s Theater as her mother was not able to take proper care of her. She joined acting, dancing, singing and painting classes during her childhood days. After the completion of her high school education, she obtained her Screen Actors Guild Card and later on signed with Ford Agency.

The talented actress, Persia White began her career when she was just eight years old. She first performed at the Coconut Grove Children’s Theater. As soon as she earned Screen Actors Guild Card, she moved to Los Angeles to pursue her career in the field of acting.

White featured in the TV movie Operation Sandman opposite Kristie Alley and Ron Perlman. She then starred as a guest in several shows including Angel, The Steve Harvey Show, Buffy the Vampire Slayer, Breaker High, and NYPD Blue. She also featured the role of Dawn in The Fall of Night and was seen in Chrisette Michel’s video, Be OK.

Moreover, White co-produced the documentary which was narrated by Joaquin Phoenix. For her role in Dysfunctional Friends, an American drama comedy movie, she won an ALMA Award. She further featured the role of Bonnie’s mother on The Vampire Diaries. Recently in 2017, she starred in You Can’t Fight Christmas.

Persia White is a married woman. She has been married twice. Previously she was married to Saul Williams from 2008-2009. The duo first met in 2003 when Saul made a guest appearance on the TV show, Girlfriends.

In 2009, White announced that she and her former husband Williams were no longer together via her Myspace blog.

Later she is married to The Vampire Diaries star, Joseph Morgan. The duo tied the knot in 2014. As the couple grew up by the sea, they selected their wedding place on a beach in Jamaica. The ceremony was held in the presence of their close friends and family members including Morgan’s close friend, Matt Ryan.

The couple has been dating since 2011, and first met on the third series of the famous show, Girlfriends. White at her wedding wore an off-the-shoulder gown while Joseph was seen in an ivory-toned silk tuxedo with a black bow-tie and black lapels.

White has appeared in several movies and series to date. As per the online sources, Persia White’s net worth is reported to be $700 thousand which is comparatively less than expected.

Moreover, in 2017 People With Money released the list of high paying celebrities, where her husband, Joseph Morgan ranked the first spot for 2017 with an expected net worth of $96 million.