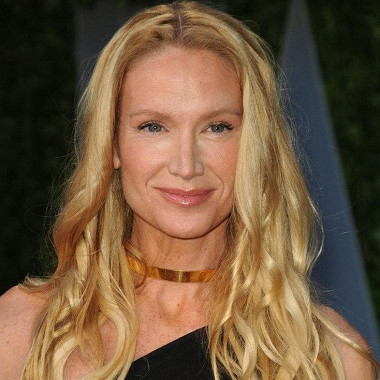 Kelly Lynch is an American actress and model, known for playing Dianne in the crime drama film ” Drugstore Cowboy”; for which she was nominated for Independent Spirit Award for Best Female Lead. She had a recurring role as Ivan Aycock in the television series “The L Word”, “90210” and as Meg Bannock in “Magic City”.

Kelly Lynch was born in Golden Valley, Minnesota, the United States on January 31, 1959. She is the daughter of Barbara Jean Dingmann, a modern dancer and Robert Edward Lynch, a restaurateur. She attended the Guthrie Theater Drama School, at the renowned Guthrie Theater, Minneapolis, Minnesota.

After leaving college, she worked as a flight attendant for a brief time and later moved to New York and work as a model for Elite. Prior to pursuing a career in acting, Lynch studied acting under Sanford Meisner in 1980s.

Kelly Lynch began her acting career appearing in several small roles from 1983. In 1988, she landed her breakthrough role in the romantic comedy-drama film “Cocktail” playing, Kerry Coughlin. The film was directed by Roger Donaldson and written by Heywood Gould.

Then, in 1989 she made her notable role in the crime drama film “Drugstore Cowboy” playing Dianne. The film was directed by Gus Van Sant and written by Van Sant along with Daniel Yost. She was awarded for the Independent Spirit Award for Best Female Lead for her performance.

In 1994, she made her appearance in Jennifer Warren’s film “The Beans of Egypt, Maine” where she has played Roberta Bean. That role met her Independent Spirit Award nomination for Best Supporting Female in the film.

Lynch started her television career with a small role as Bartender in series “The Equalizer” in 1986. From 2004- 2005 & 2009, she appeared on the series “The L Word” where she has played Ivan Aycock. The series characterizing the lives of a group of lesbians and their friends, family, connections, and lovers in the trendy Greater Los Angeles, California city of West Hollywood. She also appeared in television drama series “ Magic City,” where she has played Meg Bannock from 2012 to 2013.

In 1992, Lynch married her longtime boyfriend Mitch Glazer, a producer, writer, and an actor. She has a daughter, Shane Lynch, who was born in 1985 from her previous relationship. Mitch took the custody of her daughter judicially after their marriage.

The 5’ 9” actress’s estimated net worth is around $20 million. Lynch belongs to white ethnicity and holds an American nationality. Lynch is also active on social networking sites.