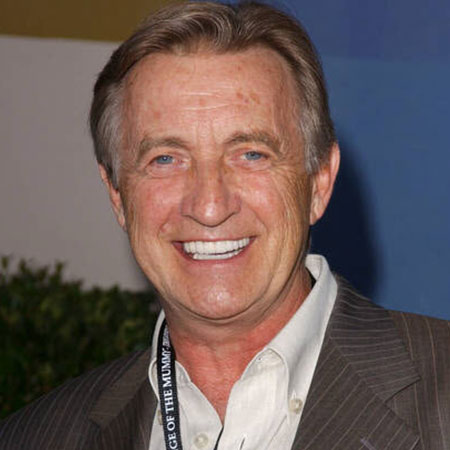 Ken Jenkins is an American actor who is best known for his appearance as Dr. Bob Kelso in an American medical sitcom Scrubs.

Ken Jenkins was born on August 28, 1940, in Dayton, Ohio, United States of America. He spent his childhood days in Dayton. He started his acting career from high school theatre productions in Dayton. Having an interest in acting from early days, he joined Antioch College in Yellow Springs to learn to act. At the same time, he made appearances on Broadway as well as in several regional companies’ productions.

In 1969, he co-founded the Actors Theatre of Louisville along with Jon Jory and held the position of Associate Artistic Director for three years. The theater has given some of the most promising playwrights such as Beth Henley and Marsha Noman to the Hollywood.

At the beginning of his acting career, he had an appearance on the series Adult Math, Homefront, the X-Files and Babylon 5, and Evolution. Likewise, he made an appearance in the premiere episode of season three of Star Trek: The Next Generation, Wiseguy.

He came into the limelight after he made his appearance as Dr. Kelso in an American comedy Scrubs. In a TV miniseries, The Stand, he portrayed the role of father of Fran Goldsmith and also appeared in a role in Clockstoppers.

Similarly, he has also made an appearance in various Hollywood films. His film appearances include The Abyss, Executive Decision, Air America, Last Man Standing and I am Sam. He also portrayed a role in the 1998 remake of Psycho.

Besides his television appearances and film appearances, he has also starred in some music video. He appeared as an owner of  L.A. bar in The Blank’s music video for “Guy Love”.

Jenkins is also an ardent lover of music and has been witnessing his son’s musical career. His son Danny gave music on the leads in Mary Poppins on Broadway. In an interview published on buddytv.com, he stated that his son is working hard on music, but he doubts on his stamina to work on his son’s level.

“I see how hard Danny works and of course, he’s much younger than me, but boy, that’s just hard work doing a musical eight times a week. I did a musical on Broadway like that and I found it exhausting. I don’t know whether I have the stamina to do something like that.”

In 1958, Jenkins tied the knot with his girlfriend, Joan Patchen. After a decade of marriage, the couple separated in 1969.

Later, he tied the knot with his second wife Katharine Houghton and since then he has been enjoying marital life with her. The couple has three sons.

Jenkins enjoys the height of 5’7’’. His professional career has not only given him a name and fame but also given him a net worth of $4million