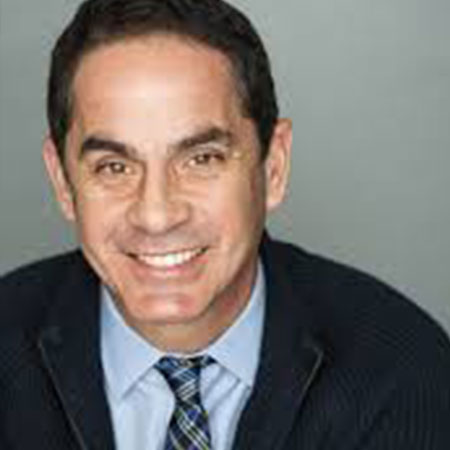 Roberto Maschio is an American actor, who is best known for his appearance in the America sitcom Scrubs as Dr. Todd ‘The Todd” Quinlan. He also gained media attention after his appearance in Date or Disaster (2003) and Kleshnov (2010).

Maschio was born on August 25, 1966, in New York, United States. He grew up along with his three brothers Michael, Patrick, and John. He completed his high school education from Syosset High School in Syosset, New York. He later graduated with major American Politics from Columbia University in New York City. Similarly, he also has a graduate degree from the Neighborhood Playhouse School of Theater.

Before landing role in American sitcom comedy-drama Scrubs, he made appearances in TV show Bram & Alice at the beginning of his acting career. He came into the limelight after he portrayed the role of hypersexual surgeon Dr. Todd in the sitcom Scrubs, the production of Bill Lawrence.

Similarly, he made cameo appearances in Spin City (1996) and Veronica Mars (2005). In the daytime soap opera As The World Turns, he portrayed the role of rapist Louis Browning. Similarly, his other filmography credentials include Cuts (2005) as Tommy, Veronica Mars (2005) as Madison Harwell, Spin City (1996 and 2001) as the Officer Carney and Men at Work (2013) as Dr. Fleming.

Besides his acting career, he has created the HIGH FIVE app, a free app containing comedic high five videos to celebrate different occasions. The concept of HIGH FIVE app was developed after his appearance as a high five giving surgeon on The Todd in Scrubs. In an interview with collegehumour.com, he stated that  people have now started to give a different name for High Fives such as the miracle five, mental five, sterile five air five and I miss you five.

In his official website robermaschio.com, he has mentioned that he has always been dreaming of living by the beach.

Maschio was accused of battery charge in 2009. He had a conflict with staff during “Make-A-Wish” fundraiser. He lost his temper after a staff told him that the art item auction had been closed. He then raised his  voice against the staff yelling out , “let’s take this outside”.