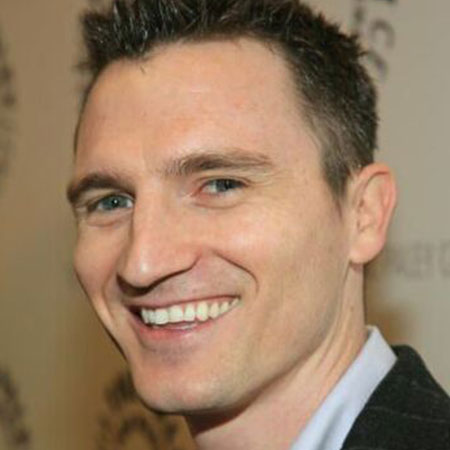 American-born actor, Johnny Kastl is best known for his role as Dr. Dough Murphy on the American sitcom Scrubs. He has also received appreciation for his role of Todd Jarecki on The Beast.

Johnny Kastl was born in Oklahoma, and he grew up in Texas. He joined Washington University in St. Louis, where he graduated in two subjects, biology, and drama, later on. In an interview published in americanbar.org, he has mentioned that he studied biology, admiring his father’s interest in medical. As a student of drama, he made his appearance in numerous plays as a member of sketch comedy group “The Kaktabulz.”

KastI spent more than eight years in the role of Dr. Murphy in the medical comedy Scrubs. He portrayed the role of an unskilled doctor who finally turns himself as a capable forensic pathologist. During the fourth season of Scrubs, he took a break, following broken hills in a Ski jumping accident. But to keep the character alive in the show, the incident was written as a part of the show.

Similarly, Kastl has also made his appearance in a recurring role of an FBI agent Todd Jaracki on The Beast. His other television series credentials include Girlfriends (2002), Over There (2005), Cold Case (2006) and Veronica Mars (2007). Besides his television career, he has also made an appearance in some of the big budget Hollywood films. In 2003, he appeared on the Hollywood blockbuster film Hulk as a Soldier. Likewise, he portrayed the role of a Boston Soldier in another smash hit War of the Worlds in 2005. Additionally, he made his appearance in The Tempest (2001), I Dream of Bombay (2002) and Ball & Chain (2004).

From an Actor to Law Student

Having interest on unfolding the puzzle behind any kind of fraud case, Kastl, he joined the University of Iowa, College of Law. While attending the University, he worked for the US Attorney’s office for the Northern District of Iowa. Comparing his college life with his struggle life in Los Angeles, Kastl said that being a law student is much better than being broken, struggling to create a career in Los Angeles.

“You have to be willing to sacrifice,” he says. “I think the one thing I can say about acting is that no obstacles that I’ve ever experienced in my life compared to the challenges that face an actor trying to create a career in an industry where the only person who cares about your success is you.”

Johnny Kastl is a married man, and he has kids. Though there is less info on his wife, he has stated that he gets more than happiness being with his wife and kids in his free time. Besides that, Kastl is an ardent golf player. He has won The Golf Channel’s Big-Break All-Star Challenge Scrubs competition.