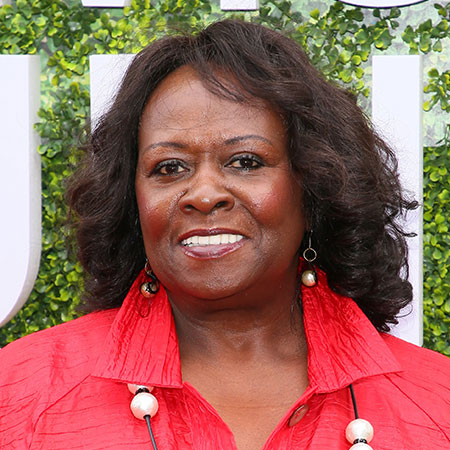 Aloma Wright is an American-born actress who is best known for her appearance as Laverne Roberts in an American sitcom Scrubs, where she appeared from 2001 to 2009. Her role in Suits as Gretchen Bodinski also helped her to gain name and fame.

Wright was born on March 10, 1950, in New York, United States. She received her acting training at the American Academy of Dramatic Arts in New York.

She started her acting career a theatre actress. Upon graduation, she started her tour with Ain’t Misbehavin and also toured with Jennifer Holiday, Tramaine Hawkins and Johnny Brown for The Gospel. In 1996, she won her first award for her impressive role in The Visit and won another award in 1997 for her magnificent work in From the Mississippi Delta.

From 1996, she started to appear on television series. Her first television appearance was on Suddenly Susan. In the same year, she portrayed the role of James’s Grandmother in Dangerous Minds. Similarly, in 2001, she got her hit role Laverne Roberts in the American medical sitcom Scrubs. She had appeared on the series till six seasons until her character died. In the seventh season, she came back portraying a new character Nurse Shirley, who was supposed to be the alcoholic sister of Laverne. But, Wright did not found the character promising, and she returned in Season 8 as Nurse Roberts.

Likewise, in 2015, she appeared on the legal series Suits’ fifth season five as Gretchen Bodinski. Before appearing in the hit series, she had appeared in other various television series including Mike Hammer, Private Eye (1996), Power Rangers in Space (1998) and Friends (1998).

Wright got her first film role in 1995 in the film Stuart Saves His Family. Likewise, she appeared as a Travel Agent in 1998 movie Sonic Impact and as Louise Reed in 1999 movie Trippin’. She also portrayed the supporting acts in various films including Bring It on and Johnson Family Vacation.

Currently, she is serving at the Stage 52 Theater as a producer. Moreover, she is also occupied in her film and television schedule.

Wright is a married woman and currently has a daughter. Her daughter is an attorney in San Diego. In her free time, Wright prefers to spend time with her daughter.

Wright enjoys a net worth of $4million, which she earned from her two-decades-long acting career.