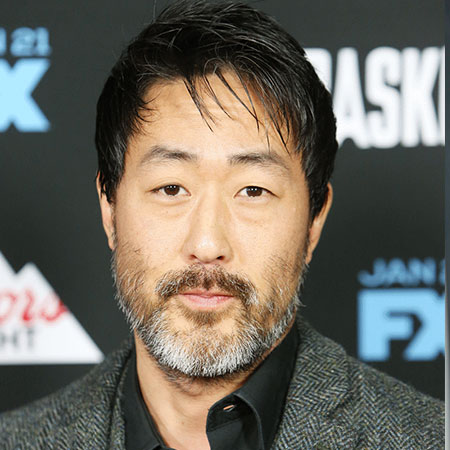 There are many successful artists in Hollywood of Asian descent who has been successful to show their impressive presence in big budget movies. Kenneth Choi, a Korean descent, has been successful in making his identity as an American Actor. He is popularly known for his role of Henry Lin on the TV series Sons of Anarchy. His role as Jim Morita in the movie Captain America: The First Avenger has been widely appreciated. He is also best known for his role as Chester Ming in Oscar-winning movie The Wolf of Wall Street where he worked with Hollywood star Leonardo Dicaprio. He also appeared in American Crime Story : The People v. O.J. Simpson in the role of Judge Ito.

Kenneth Choi was born on October 20, 1971, and raised in Chicago, Illinois, where he attended one of the wells known School to complete his school education. Choi’s ancestor moved to the United States from Korea. At the beginning, he joined Purdue University with major in Accountant and to be an accountant. At the middle of his university education, he realized that he was not to be an accountant. After realizing his interest in acting, he could not continue his study at Purdue University so he gave up his study and started to work on to chase his dream of becoming a successful actor.

Moving to his career, Kenneth Choi has been active in the industry since 1998 and has appeared in numerous television series and big budget movies. He is considered as one of the successful actors with Asian descent in Hollywood and has been a source of inspiration for the Asian Descents in the United States who have been seeking their career in Hollywood. Choi’s most notable appearance is in Sons of Anarchy and Captain Ed Rollins on the NBC TV series Ironside. He has also made his appearance on Without A Trace (as Agent Philip Shen, The Huntress (as Douglas Ho), V.I.P (as Desmond Kusari), Kristin (as Smoove), Dead Last ( as Syd the Junkie), Reba (as the officer Aoki), Las Vegas ( as Duncan Sabusawa), 24 (as Cheng’s Operative), Hawthorne( as Paul Hyun) and Allegiance (as Sam Luttrell).

Ken Choi’s film works include Deep Core (as Wayne Lung), Woman on Fire (as Janitor), The Terminal (as the CBP officer), Harsh Times(as Fujimoto), Undoing (Danny), War ( as Takada), Baby (as Mike), Red Dawn (as Smith), Drone (as Jay) and The Wolf of Wall Street (as Chester Ming). His upcoming movie Stephanie is in filming process currently. Besides Television and Films, he has also worked on Video Games. He provided his voice for the Captain America: Super Soldier as Jim Morita and has also provided his voice on the famous video game Grand Theft Auto: San Andreas.

Digging about Kenneth Choi’s personal information, there is hardly any information about his relationship, married, girlfriends and affairs. Bold personality Choi has maintained his personal life entirely private. Being 40 plus he might have wife and children but he has never spoken about it in media. 5’7’’ Choi can be followed on facebook and twitter.