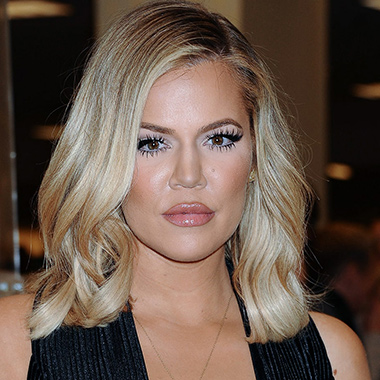 Khloe Kardashian is a beautiful American television personality. She starred in the television series Keeping Up with the Kardashians with her family. She is also involved in the retail and fashion industries with her sisters.

She was born on June 27, 1984, in Los Angeles, California, U.S. Her birth name is Khloe Alexandra Kardashian. She was born to Robert and Kris. Her older sisters are Kourtney and Kim. Her younger brother name is Rob. In 1991 their parents got divorced. Her mother then got married to Caitlyn Jenner. Her step brother name is Burton, Brandon, and Brody. Her step sister name is Casey and her half-sisters are Kendall and Kylie. She studied at Marymount High School. Later she became home schooled. She graduated when she was 17 years old.

She rose to fame when her sister Kim’s and her former boyfriend Ray J sex tape was leaked in February 2007. Later that year she came to the reality television series Keeping Up with the Kardashians with her family. The series became successful for E! Network. In April 2009 she announced to launch a D-A-S-H store in Miami, Florida with her sister Kourtney. On August 16, 2009, the series Kourtney and Khloe take Miami was debuted on E! Network. In January 2011, Kourtney and Kim Take New York was premiered. With her husband Lamar Odom, she premiered her own show Khloe & Lamar on January 10, 2011. She teamed up with the Natural Products Association in June 2009 with her sisters. Together they created a teeth whitening pen called Idol White. She also appeared in “I’d rather Go Naked Than Wear Fur” campaigns of PETS’s. In March 2010 she released a jewelry line with her sisters. She released a clothing line for Bebe.

She released another clothing line K-Dash on QVC in September 2010 after dropping the line for Bebe. In November 2010, the sisters released a book titled Kardashian Konfidential. With her sister, she released a unisex fragrance called “Unbreakable” in February 2011. Kardashian sister and Odom released a second unisex fragrance “Unbreakable Joy”. On January 30, 2012, Kardashian’s radio show The Mix Up With Khloe Kardashian Odom was aired. She was co-host of the second season of The X Factor with Mario Lopez. She was arrested for DUI on March 4, 2007. She turned herself on July 18, 2008.

She got married to NBA basketball player Lamar Odom on September 27, 2009. After her marriage, she changed her surname and became Khloe Kardashian Odom. She filed for divorce from Odom on December 13, 2013. In mid-July 2015 she finalized their divorce. She was in a relationship with French Montana. They were seen in public being intimate with each other. She has been in a relationship with basketball player James Harden.

In 2001 she suffered a traumatic brain injury in a car accident. As of 2016, Khloe Kardashian has a net worth of $10 million dollars.