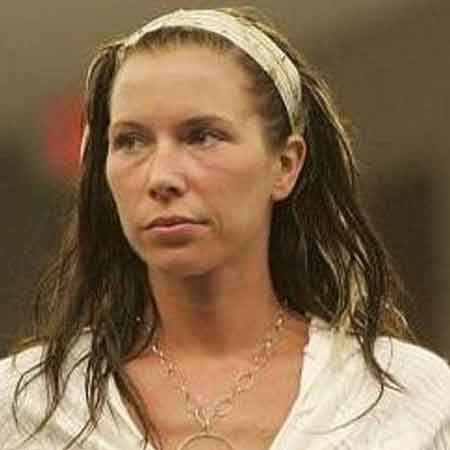 Kimberly Anne Scott is an American freelance illustrator and author. Scott has gained a wide recognization for being the ex-wife of a popular American rapper Eminem, original name Marshall Bruce Mathers III.

Kimberly Anne Scott was born on 9th January 1975, in Warren, Michigan, United States. She is the daughter of Casimer Sluck and Kathleen Sluck. Scott grew up along with her twin sister Dawn Scott who died in January 2016 due to the drug overdose.

Scott belongs to an American nationality. Scott’s childhood was a bit horrific so she escaped from her house along with her siblings at the age of thirteen and lived at Eminem’s house.

Regarding her profession, Kimberly Anne Scott is a freelance illustrator and author. However, Scott has gained a wide recognition for being the ex-wife of popular rapper Eminem. Moreover, Eminem is also a songwriter, record producer, record executive, and actor.

At that time, Scott was just 13 years old and Eminem was 15. Soon after their first encounter, the couple began dating and later Scott and her late sister Dawn Scott began living with Eminem’s family. On Christmas Day in 1995, Scott and Eminem welcomed their first child, a daughter Hailie Jade Scott Mathers.

After the birth of Hailie, the duo faced several troubles which even led to their brief separation in 1996. But later the couple reconciled and reunited and got married in 1999. Their wedding was held in St.Joseph, Mo.

However, after two years of their wedding, the lovebirds separated in 2001. But the couple again reunited and in January 2006 they remarried. Unfortunately, their marriage didn’t last long as the couple divorced in April 2006.

In 2000, Eminem found Scott kissing a friend on his cheek in a parking lot of a Warren, Mich. nightclub. The incident wasn’t a gesture to make feel Eminem cheated. However, Eminem wasn’t able to bear it so he assaulted the man and got arrested for beating.

Moreover, Scott went to watch Eminem’s concert in Detroit in 2002. In the following concert, Eminem assaulted a blow-up doll stand-in for Scott which resulted in a rapturous response from the crowd. Scott wasn’t able to handle the humiliation so she drove to the home and slit her wrists.

In their first divorce settlement, in 2001, Eminem was ordered to pay $52000 annually to Scott for spousal support and child custody by the court.