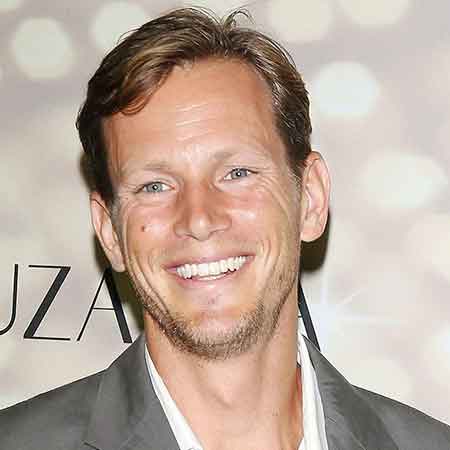 Kip Pardue is an American actor as well as a model. Pardue is better known for his role as  Ronnie “Sunshine” Bass in the movie Remember the Titans. Likewise, his other notable movie roles include in Driven, The Rules of Attraction and Thirteen.

Kip Pardue was born on 23rd September 1975, in Atlanta, Georgia, United States. Pardue belongs to an American nationality and holds white ethnicity. His parents divorced when he was eleven years old.

Before pursuing his acting career, Kip Pardue did modeling for several modeling agencies including Armani, Polo, and Abercrombie & Fitch. In 1999, Pardue made his acting debut appearing in the movie  But I’m a Cheerleader as Clayton Dunn. In the following years, he starred in several movies including,

Similarly, Pardue made his television debut through 7th Heaven in 1999. Since then he has appeared in many television series like,

In 2018, Pardue starred in television series including Hawaii Five-0 and Once Upon a Time. Since 2017, he has been playing the role of  Frank Dean in the series Runaways.

The 42 years old actor, Kip Pardue is not married yet and is currently single. However, in past, Pardue dated some popular celebrities. In January 2001, Pardue began dating an actress Rose McGowan. But their relationship didn’t last long as the couple separated in March 2001.

After that, Pardue was romantically linked with a Canadian actress Estella Warren. Their relationship lasted for just a year and separated in 2002. Even two breakups didn’t stop Pardue form falling for someone. Well, he further dated Jennifer Love Hewitt in 2003 but separated the same year.

Due to his several breakups, he was rumored to be gay but it wasn’t confirmed. Since long, Pardue is still single. He might be focusing on his career and further be seeking a perfect wife.

Kip Pardue is still active in the acting field since long. Till date, Pardue has starred in several movies and television series. From his acting career, Pardue makes a handsome amount of money and currently has an estimated net worth of $2 million.

Looking at the dedication on his work, Pardue’s net worth is sure to be increased in upcoming days. Pardue owns a dog of Havanese breed worth $1,000 to $1,500.