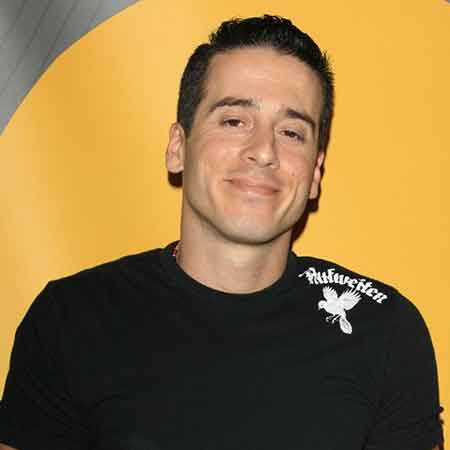 An American actor, Kirk Acevedo is known for his portrayal role as Miguel Alvarez in the HBO series Oz. Currently, he plays the role of Ricardo Diaz in the series Arrow since 2017.

Acevedo is married to wife, Kiersten Warren and has a daughter. Scroll down to know in details about Acevedo’s early life, career, awards, achievement, net worth, salary, house, cars, properties, relationships, affairs, marriage, children, and divorce.

Acevedo attended the LaGuardia High School of Music & Art and Performing Arts. After that, he attended SUNY Purchase School of Acting and earned his Bachelor of Fine Arts degree in the 1990s.

Acevedo made his acting debut through 1994 television series, New York Undercover as Joey Claudio. Likewise, he further appeared in The Sunshine Boys, Swift Justice, Law & Order etc. Acevedo’s breakthrough came after he portrayed the role of Miguel Alvarez in the series, Oz from 1997–2003.

Similarly, he made his movie debut through Kirk and Kerry in 1997. Moreover, Acevedo is further known for his role, Joe Toye in the series, Band of Brothers. In the same way, his other notable television roles are in Third Watch, Law & Order: Trial by Jury, 24, Cold Case etc. From 2011–2012, Acevedo played the role of Det. Luisito Calderon in Prime Suspect.

In the same way, Acevedo portrayed the role of Mitch Dolgen in the popular series, The Walking Dead. Moreover, he has also appeared in Blue Bloods from 2013-2014, Agents of S.H.I.E.L.D., 12 Monkeys from 2015–2017. Since 2017, Acevedo appears on the series Arrow as Ricardo Diaz alongside Juliana Harkavy.

The 46 years old actor, Kirk Acevedo is living a happy married life. He is married to an actress Kiersten Warren. Acevedo and Kiersten tied the knot on 16th May 2005. They have a daughter named Scarlett James Acevedo.

Since their marriage, the couple is still together and has maintained a peaceful relationship. Yet they haven’t been the part of controversy regarding their divorce and other extramarital affairs. His wife Kiersten shares a picture of them on Instagram.

Besides his, Acevedo hasn’t been in any other relationships. However, his wife Kiersten was previously married to ex-husband, Jonathan Lemkin and with whom she has a daughter Misti Traya.

One of the renowned actors, Kirik Acevedo is living a lavish life with his wife and daughter. He has starred in numerous popular movies and television series to date. From his acting career, Acevedo has earned a good sum of money.