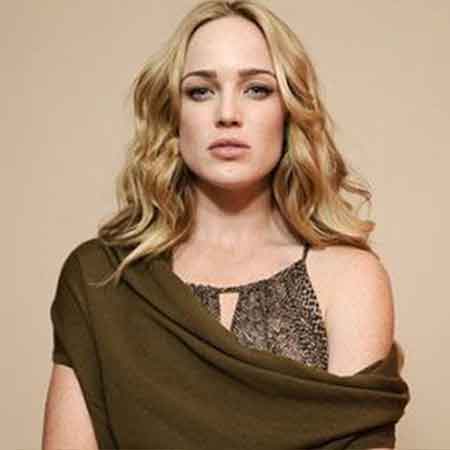 Caity Lotz, widely known by her nicknames Cat/Cait is an American actress, dancer, and singer. Her notable roles include Stephanie Horton in Mad Men, Officer Kirsten Landry in series Death Valley, Annie in The Pact etc.

Caity Lotz was born on 30th December 1986, in San Diego, California, United States. Her birth name is Caitlin Marie “Caity” Lotz and is widely known for her nicknames as Cat/Cait. However, Lotz hasn’t revealed any information about her parents and siblings.

Initially, Caity Lotz began her dancing and singing career touring with Avril Lavigne and Lady Gaga. Lotz starred in several music videos of Gaga including “Paparazzi” and “LoveGame.” Likewise as a backup dancer for Gaga’s song “LoveGame,” Lotz appeared in Dancing with the Stars (U.S. season 8). On the other hand, Lotz also appeared in adverts for Reebok, Jack in the Box, and T-Mobile.

Similarly, she further did modeling for Men’s Health and Esquire. After that, Lotz took acting classes and training for two years. From 2004–2005 Lotz appeared in the modern hip-hop television series Dance 360.

Likewise, she made her film debut through 2006 movie  Bring It On: All or Nothing. Her breakthrough came Lotz portrayed the role of Officer Kirsten Landry in the series Death Valley.

Furthermore, her other popular movie roles are in Battle of the Year, The Pact 2, 400 Days etc. Lotz has portrayed the role of Sara Lance / The Canary / White Canary in Arrow from 2013-2018. Similarly, her other notable roles are in The Flash, Supergirl etc. Currently, Lotz appears on the series Legends of Tomorrow since 2016.

Caity Lotz was previously in a relationship with a Polish actor Maciej Zakoscielny. The couple began dating in 2013, but the things didn’t go well in between the couple. So they finally separated after 16 months in November 2014.

Currently, Lotz is in a relationship with Dylan Lewis. The duo began dating after Lotz’s breakup with Maciej. Since then they are still together and often shares adorable pictures of each other on Instagram. Although they are dating, none of them have mentioned any plans of getting engaged or married.

Besides this, Lotz was once rumored to be a lesbian after she kissed her co-star, Katrina Law in the CW action TV series Arrow in 2014. Furthermore, she also shares several pictures on her Instagram with Katrina which makes people be more curious about her sexuality. However, Lotz is in a relationship with Dylan which proves that she is not a lesbian.

Allocating information from several sources as of 2018 it is found out that currently, Lotz has an estimated net worth of $2 million. She owns a dog of pug breed worth $4000 to $8000.