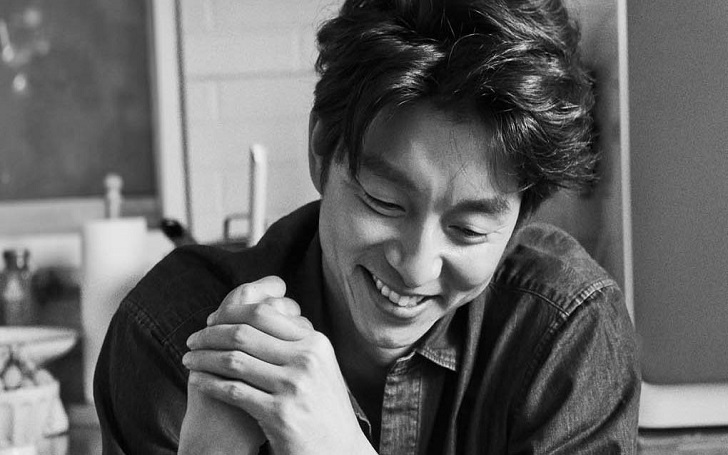 The 33-years-old cute and handsome South Korean actor Gong Yoo (??) is famous for his role in the television dramas. The 1st Shop of Coffee Prince, The Age of Shadows, Train to Busan, Guardian: the Lonely, Great God and much more. He is also known for the multi-talented actor of his generation.

Gong Yoo and Im soo Jung first met each other on the set of the television series School4 in 2001, which was the debut series of both actors. After that series, they were seen acting together several times.

It was reported by a Weekly Magazine that their on-screen romance was turned to an offscreen romance and they traveled to Jeju Island, an island of South Coast, Korea.

The rumored boyfriend and girlfriend reportedly were wearing the same cap and were just enjoying their trip. They were not alone, there were some friends of Gong Yoo too.

When Im Soo Jung was asked to tell about Gong Yoo then she said:

“I’m lucky to have had Gong Yoo as my first romantic scandal. He is like a colleague for me and I’ve been getting along well with him for a long time”

Let’s watch this video. The on-screen romance of the rumored couple;

In the year 2007, she acted with Gong Yoo in the Tv Series The 1st Shop of Coffee Prince. Their kissing and dating rumor was leaked on the internet so widely and they denied the report officially through their companies.

Gong Yoo is a guy with a shy nature but can you believe that he finally opened up and told the media about the person that he would be considered as his ideal type. He said:

Gong Yoo said that innocent women are to his opinion somewhat boring and he is more attracted to tomboys and he also mentioned South Korean actress, Yoon Eun Hye, who fits the category of ideal women.

Gongo Yoo also shared in an interview that he wants to get married be for the age of 40 and also want to have a child. He said:

“I think it is important to have a life with a woman whom I love as an actor and also as a man. But I have no fantasies about marriage.”

“Married life is going to be hard at times but I want to feel everything no matter how hard it is. I also wonder how it is like to see my baby who resembles me stare at me”

However, Goon Yoo is not married yet and is not in any relationship, but he wants to marry by 40 and also want to have a child. So our best wishes to him so that he can get his life partner soon.