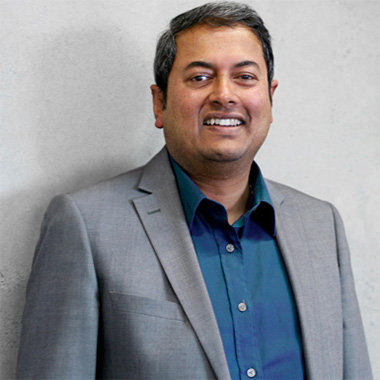 For the past 20 years, Krish has speedily in the field of software engineering, first  an amateur developer and later gradually excelling to a sports data guru and data platform analysts. During his tenure at UIEvolution, a reputed American vertical consumer focused device software and solution company, he hatched one of one of its own kind mobile-focused graphics systems. Krish notable work credentials include ESPN  ( Vice President of Data Platforms, 2014 to present), Sports Technologies (Vice President of Technology and Product , 2006-2014)  , ESPN.Com (Sr. Software Engineer, 2004 to 2006), UIEvolution (Lead Application Developer, 2001-2004), Thinkview (2000 to 2001), Starwave (Developer, 1998-2000) and Hewitt Associates (Developer, 1998 to 2000), Chicago Public School (Math Tutor, 1996, 9 months).

Krish first joined ESPN in the year 2006 as a software engineer for ESPN.com. After ESPN, he joined the emerging sports data platform company Sports Technologies as the Vice President of Technology and Product. At Sports Technology, he collaborated with aspiring data analysts to advance a breakthrough in the world online sports websites. More precisely, he is especially credited for his tenure at Sports Technology, where he and his team created and design various Fantasy games and community platforms for various reputed sports league such as NFL, NASCAR, NBA, NHL in collaboration with Fannation.com.He was then called up by ESPN management in 2014 to solve the problems related to data platforms, recognizing his rich career in software. Soon, he was made the Vice President of Data Platforms.

Today, he is responsible for collaborating with ESPN executives to execute the data platforms vision from the top executives. Nevertheless, ESPN has also given him the task to lead a world class engineering team, which looks after A-Z data platform issues for the company from anatomizing market trends, molding best practices, creating/sustaining data platform solutions to co-coordinating with the various department of the company to implement the company's data solution strategy. Technology journalist Tom Krazit in his January 24, 2015, gigaom.com article titled "Real-time Data Analytics Could Change Sports" mentioned interviewing Krish to know more about structured data in sports. One can read the informative article on the web, which highlights the important of data in sports coaching and how a man like Krish can come to the rescue of sports coaches when making tough decisions.

A mathematics graduate from the Prude University, Krish also enjoys a valuable certificate of edX Honor Code Certificate for Tackling the Challenges of Big Data. Brought up in Highland Indiana, Krish currently resides in Connecticut. His surname "Dasgupta" suggests Indian ethnicity. Unfortunately, fans cannot connect to him on social networking sites, as he has zero presence only. It may be because he is too busy hang out on social networking sites. He is the kind of guy would probably rather prefer to analyze and analyze the data metrics from the social networking sites. Fans can known more about him via his ESPN bio. His LinkedIn profile mentions that he is looking forward to joining a nonprofit board, skills-based volunteering works (pro bono consulting) and contributing to social and education causes.

Last but not the least, you may also have encountered various people named Kris Dasgupta while searching the data guru on the web. Other notable mentions include Montreal located McGill University's  Director of Development Krishanu (Krish) Dasgupta and nz located Gerard Lighting's Krish M.Dashgupta.