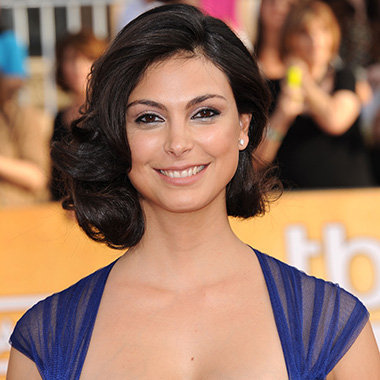 Morena Baccarin, birth name Morena Silva de Vaz Setta Baccarin, is a Brazilian actress who is known for her role as Inara Serra in the series Firefly and the follow-up movie Serenity. Baccarin was born on June 2, 1979, in Rio de Janeiro, Brazil. She has been active in the industry since 2001. She also gained name and fame after she made an appearance as Adria in the series Stargate SG-1. She also appeared in the role of Vanessa in Deadpool and one the role of Jessica Brody on the series Homeland. She received Emmy award nomination for her role in the Showtime series Homeland.

Morena Baccarin was born as a daughter to Vera Setta and Fernando Baccarin. Her mother was also an actress whereas her father was a journalist and she belongs to Italian descent. Born in Rio de Janeiro, Brazil, she moved to the United States along with her family after her father was transferred to Globo TV’s headquarters in New York. Baccarin studied at Public School 41 and New York City Lab School for Collaborative Study. She also attended the Forello H. LaGuardia High School of Music & Art and Performing Arts. Later, she entered Julliard School where she joined theater program in between 1996 and 2000.

“We are all interested in life outside of Earth. We all have a fascination with what’s out there because we don’t really know”.

Morena Baccarin's debut film was Perfume which was released in 2001. The movie was based on the improvised fashion world comedy. She later got the main role in Way Off Broadway in 2001. She worked under Natalie Portman's in the Central Park production of The Seaguli. She landed her first television series role in the science-fiction drama Firefly in 2002 and appeared on the role of Inara Serra in the film Serenity in 2005. Her other film works include Stolen (2009) as Rose Montgomery, Son of Batman (2014) as Lori, Spy (2015) as Karen Walker, Batman: Bad Blood (2016) as Taila al Ghul and Malevolent (2016) as Gamemaster.

Similarly, her television works include: Justice League Unlimited (2005-06) as Black Canary, The O.C. (2006) as Maya Griffin, How I Met Your Mother (2006) as Chloe, The Mentalist (2011-14) as Erica Flynn, Warriors (2014) as Tory and Gotham (2014-present) as Dr. Leslie Thompkins. Being a talented and a versatile actress, she has received numerous award nominations including Best Supporting Actress on Television(2001 and 2011), Outstanding Supporting Actress in a Drama Series (2011), and Best Female Performance on MTV Movie Awards is pending.

Morena Baccarin was married to American film producer and director Austin Chick and had a son with him before they divorced on March 2016 due to irreconcilable differences. Currently, Baccarin has been in a relationship with Gotham co-star Benz McKenzie and the couple gave birth to a daughter named Frances Laiz Setta Schenkkan on March 2, 2016. She stands tall with a height of 5'7''. Throughout her successful acting career, she has made net worth of $4 million. She can be followed on twitter, facebook, and Instagram.