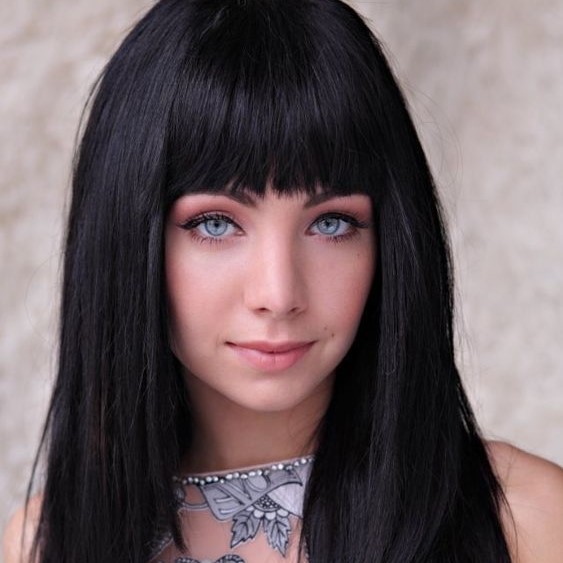 Ksenia Solo was born on 8 October 1987 in Riga, Latvian SSR, Soviet Union. Her mother is a former prima ballerina-turned-actress. All the women in her family are associated either with dance or choreography or acting.She grew up in a family of artists and has been dancing since she was a little kid. At the age of five, she moved with her family to Toronto, where she was raised and studied ballet until the age of 14 when a back injury forced her to stop. 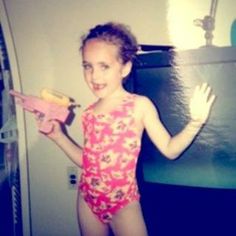 Ksenia Solo, during her childhood
Source:www.pinterest.com

Solo studied arts at Earl Haig Secondary School. She switched schools a lot, and had to get her books from the school she was leaving. Solo was too afraid to meet any of the people who had been bullying her, so she showed up after hours and had the janitor open up the classroom for her.

At the age of ten, Ksenia Solo debuted her acting career in the popular Canadian kids series “I Was A Sixth Grade Alien,” alongside Michael Cera in 2000. After making her appearance in TV series “ Earth: Final Conflict,” she made her first film appearance in the short film” A Man of Substance” where she played Hannah in 2001. In 2003, she appeared in the Robert Dornhelm‘s film “Sins of the Father” playing Lucinda.

From 2004 to 2008, Solo starred in the Vérité Films’ Canadian teen drama television series “renegadepress.com” playing Zoey Jones.By the age of eighteen, she became the youngest recipient to ever receive two consecutive Gemini Awards in 2005 and 2006.The series dispenses with teenage topics, containing relationships, sex, and drugs. Every season, two to three new personalities are included, who join in writing the e-zine. These qualities are usually added to explore new fields of teen life and difficulties.

Solo went on to appear in other Canadian television series and movies, such as the films My Louisiana Sky ( 2001), The Republic of Love (2003), Love Thy Neighbor ( 2006) and as well as guest-starring on the television series Kojak (2005) and much more.

@KseniaSolo Watching "Love Thy Neighbor" on LMN right now. You're so cute and adorable! pic.twitter.com/yRSMOTDuvB

Solo also starred in the American drama television series “Life Unexpected” which was aired for two seasons from 2010 to 2011. While Life Unexpected received mostly positive reviews, it struggled in the ratings and was canceled by The CW in 2011.

From 2010- 2015, Solo starred in the Michelle Loretta’s supernatural drama television series “Lost Girl” playing Mackenzie “Kenzi” Malikov, a con artist and thief, who is remarkably street-smart and intelligent. She is the only real confidante of Bo (Anna Silk), a Succubus that feeds off the sexual energy of humans, and her broad collection of contacts makes her very useful.

More #ThrowbackThursday of sorority girl Kenzi! Her wig seems to have slipped a little! pic.twitter.com/m6GJtCo2V4

Ksenia Solo is a notably smart young actress, with a trick for politics, which people don’t assume because of her young age, alluring appearance, and social status. Solo says.

“I’m excited to reveal her fascinating character, which was misjudged by many people.

Solo is currently playing Peggy Shippen in period drama series “Turn: Washington’s Spies” since 2015. Peggy Shippen is the connection that combines two very talented men, John Andre and Benedict Arnold. They are both crazily in love with her, and their relationship ultimately changes the course of history,” Solo tells Zap2it.

In anticipation of tomorrow's @turn_amc Season 4 premiere! #BTS with Mr. G Washington himself @IanKahn on our last night of filming… 🙈☺️ pic.twitter.com/Mr9bhlPF5f

The 5′ 4″ actress is now a director of the anti-bullying foundation Stand for the Silent and offers her advice on survival. Solo keeps her personal life private, which is something she works hard at. She is also active on social networking sites, where she has a huge fan following like Twitter, Instagram, and Facebook. Solo is an animal lover and she often posts her cute dog.

“I’m really grateful for my relationship with my fans, but I’m a private person, and I’ve tried very hard to protect that so I can live my life.”

Her current relationship is still unknown to us whether she is dating anyone or not. She has a seductive body measurement of 34-24-34 inches. She holds a Canadian nationality and belongs to white ethnicity.

Ksenia is a hardworking actress liked by millions of fans all over the globe. She holds an impressive net worth from her career. The main source of her income hails from television and film industry. Ksenia’s  current net worth is estimated to be around  $ 3 million.