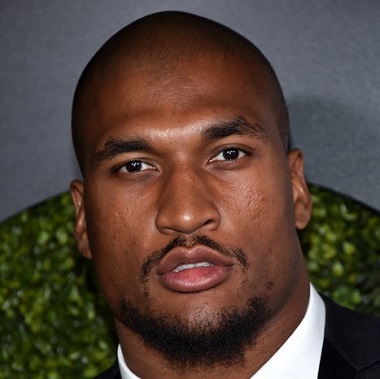 Larry English is a former American football player. He played as a defensive end and is known to be the highest drafted player out of the entire Northern Illinois.

Larry was born in Aurora Illinois United States on 22 January 1986. He attended Marmion Academy for higher education.  Larry was named as the co-captain for a Roman Catholic High School for men. This opportunity led him to pursue his career and eventually was chosen as the Most Valuable Player (MVP). He was fond of football, basketball, and track in his early life. 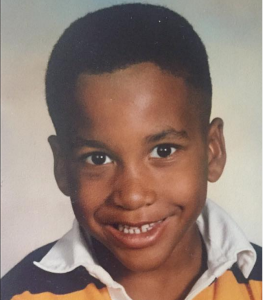 Larry English during his childhood days

Larry first played the game of the season for Northern Illinois University. After the game, he was a medical redshirt in 2004 as he sustained few injuries during the game. He played 11 games starting nine in 2005. This was followed by the selection of the 31-year-old Larry on the First team All-MAC (Mid-American Conference) in 2006 and in the following year he was counted as the MVP for All-MAC. 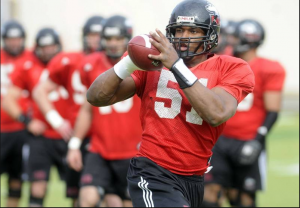 English was the Mid-American Conference’s MVP and consensus choice First –Team All-MAC and a Fourth-Team All-American by Phil Steele as he recorded 17 tackles for loss which ranked 18th in the National Collegiate Athletic Association in 2007. 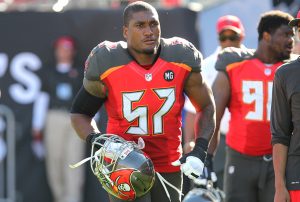 Larry in the game between the New Orleans Saints and the Tampa Bay Buccaneers at Raymond James Stadium in Tampa, Florida.

English was awarded the Vern Smith Award as a senior again for the MAC’s top player. English was entitled as the MAC Defensive Player of the year by the MAC News Media Association and Sporting News as well. Larry led the Huskies with the eight sacks and 14.5 tackles for loss. All-MAC also chose Larry for the third consecutive season. The sports star managed to achieve fame from a very young age. 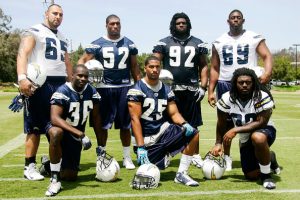 During his tenure at San Diego, Larry played as outside back liner in the National Football League. Unfortunately, he fractured his legs while training camp in 2010 which continued with the numerous injuries that led the team to dismiss him in 2014. After that, he joined Tampa Bay and shortly left the team.

In 2009 Larry pulled off a 34 on the aptitude assessment Wonderlic Test, one of the highest scores for outside linebacker at the 2009 NFL Draft combine.

Recently, he served as a founder of Lead Education to Athletes.

English married his girlfriend  Nicole Williams on May 19, 2017. The 31-year-old American Football player and the supermodel tied their knot on in Montage hotel in Laguna Beach. English and Nichole are on the E!s reality show Wives and Girlfriends of high-profile athletes (WAGS).

The footballer proposed his girlfriend during the series finale of WAGS. He proposed her with the beautiful engagement ring which was estimated to be around $250000 and was designed by a New York-based jewelry, Ritani.

The couple seems to be blissful and happy with each other as they are sharing pictures of them on their social networking site.

Twitter: Larry English as founder of Lead Education to Athletes