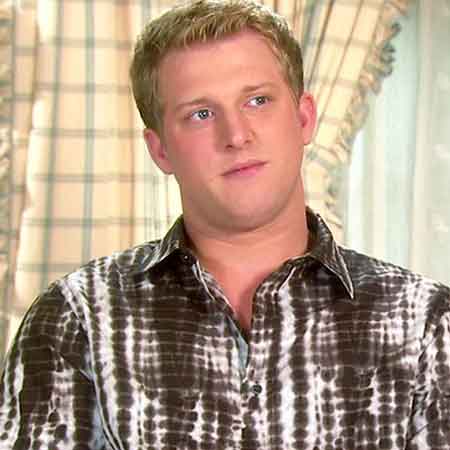 An American television reality star, Kyle Chrisley is known for his role in the USA Network reality show, Chrisley Knows Best. He starred in the show along with his parents, Todd Chrisley and Teresa Terry and family members.

Kyle Chrisley was born on 29th August 1991, in South Carolina, United States. He belongs to an American nationality and holds white ethnicity. He is the eldest son of the reality star, Todd Chrisley and Teresa Terry. From his father’s marriage with Teresa, Chrisley has a sibling sister Lindsie Chrisley

Likewise, Chrisley has two siblings  Savannah Chrisley and Chase Chrisley from his father’s current relationship with Julie Chrisley. Gene Raymond Chrisley and  Faye Chrisley are his grandparents. However, his education background is still unknown.

As far, Kyle Chrisley was active in the field of acting for just a short period of time. Chrisley appeared in the USA reality show Chrisley Knows Best along with his parents and family members. The first episode of the show was released on 11th March 2014.

Chrisley appeared in the first episode of the show however, he wasn’t regular in the show due to his personal issues. Because of his irregular appearance in the show, he was kicked out of the show by his father Todd.

Likewise, Chrisley further appeared in the talk show The Real in 2014, along with Tyson Beckford, Melissa Fumero, Hill Harper and his family members.

The 26 years old reality star, Kyle Chrisley previously dated Angela Victoria Johnson. The couple dated for several years and further has a daughter Chole Chrisley born on 10th November 2012. However, even having a daughter, the duo failed to continue their relationship an later separated.

Well, Chrisley is now living with his wife Alexis Whilby-Chrisley in Georgia. However, he hasn’t mentioned when he got married. Although the couple is already married, they do not have any children yet. In an interview, Chrisley mentioned that he will make his wife a great mother.

Kyle Chrisley is living happily with his wife in Georgia. He was active in the field of acting for a short period of time. He might have earned a good sum of money from Chrisley Knows Best and The Real. Well, his exact figure of net worth is still under review but we can be sure that he has the net worth of around $1 million. Chrisley owns a 3,000-foot house in Georgia.