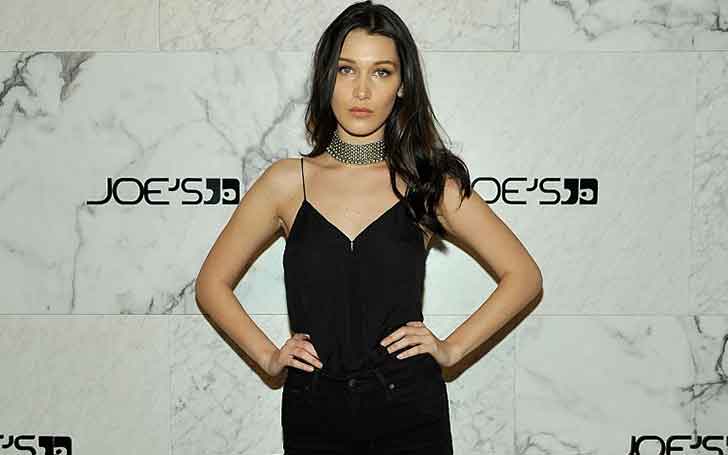 New Couple Alert! It looks like the singer, The Weeknd and the supermodel, Bella Hadid are looking to get back together. The couple was recently spotted kissing at the Cannes Festival. Despite having denied the dating rumors for quite some time, seems like the two have let their actions do the talking as they packed on the PDA.

The couple had broken up back in 2016. After that, Abel (the Weeknd) began dating Selena Gomez. However, the relationship ended in the fall of 2017. The “Call Out My Name” singer has since been enjoying the single life and so has Bella.

Now, this steamy interaction has led people to believe that they may get back together. Today we will be discussing their relationship, affairs, rumors and many more.

Bella Hadid and Abel were reunited at the Magnum x Alexander Wang VIP Party in Cannes on 10th May 2018. Hadid was present for the Alexander Wang event for Magnum earlier in the day.

However, it is the party that has everyone talking. Well, the pair were caught kissing and talking at the party. Bella and ex-boyfriend Abel did not enter the party together. However, once they got inside, they greeted each other with a hug and kiss on the cheek.

According to the party insiders, the two looked very cozy and spent some time together. Despite having separated, Bella and Abel seemed to be in good terms. They were having a good time and were deep in conversation.

At the end of the night, the two were spotted leaving the venue together. Does this mean, that the couple will get back together? Only time will tell.

May 10: Bella and Abel Tesfaye at a Magnum party in Cannes. #MagnumCannes pic.twitter.com/3pMK6JAjkT

The news comes after the two were allegedly spotted kissing during April’s Coachella Music Festival. The sources said that they were very affectionate of each other and canoodling at the festival.

However, the model was quick to deny having spent time with Abel, as she commented it wasn’t me. At that time, any chance of reconciliation was denied. But now the rumors are back on thanks to their little kissing incident at the party.

The Weeknd and Bella Hadid Relationship

The Weeknd ad Bella Hadid have quite a history together. The two were first caught flirting in April 2015 after hanging out at Coachella. The two were then spotted on a double date with Bella’s sister Gigi Hadid and Joe Jonas. The pair then went on to attend the New York Fashion Week hand in hand.

The couple enjoyed their time together. Abel was also close to Bella’s family. He has been spotted with Hadid sisters and Yolanda Hadid, Bella’s mother on various occasions. Bella was then featured in the Weekend’s music video “In the Night”. Then the news of them taking a break due to their busy schedules began to surface.

YouTube: The Weeknd In The Night ft. Bella Hadid;

However, in February 2016, the couple made their red carpet debut by arriving at the 58th Grammys Awards together. They both were very supportive of each other. The two also attended the Met Gala 2016 together. They also took a trip to Tokyo as a couple.

On November 2016, it was confirmed that the two had parted their ways after one and half years of being together due to Abel’s busy schedule with the new album. However, they remained good friends. After having broken up, the two famously met at the stage of Victoria’s Secret fashion show. It was Hadid’s debut Victoria secret show.

Abel performed Starboy while his ex-girlfriend walked the ramp looking gorgeous. According to the model, there was no awkwardness between them. Nevertheless, the meeting sparked memes all over the Internet.

[ CAPTION: Bella Hadid and the Weeknd at Victoria’s Secret Fashion ][ SOURCE: US Weekly ]

Abel then went on to have a public relationship with Selena Gomez which as mentioned above did not end well. Now, there is a chance that the Bella and the Weeknd may get back together.